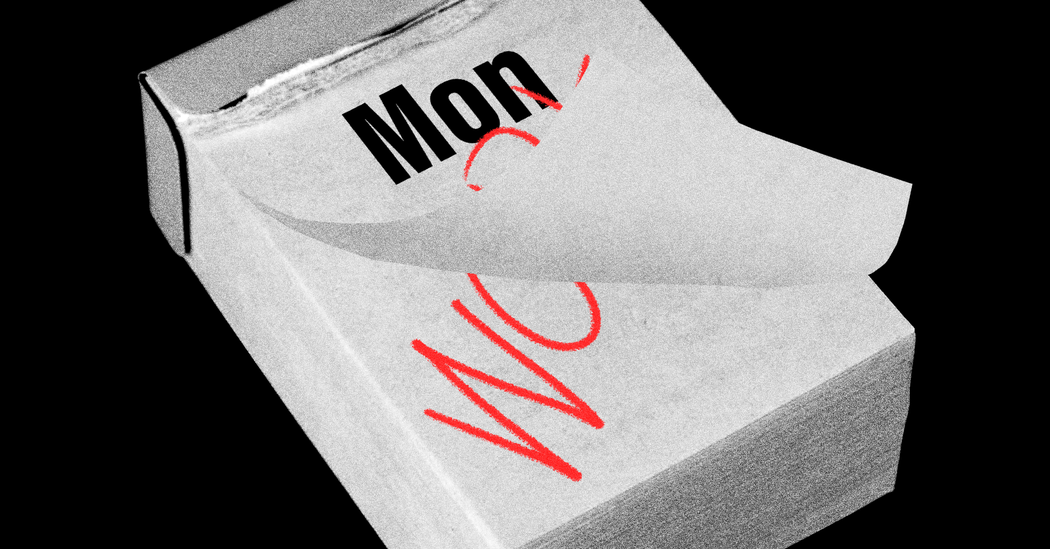 Search online “work too much” and you’ll get screenfuls of information about the harmful medical, mental and social consequences of spending too much time on the job, going all the way back to that old saw first recorded in the 17th century, “All work and no play makes Jack a dull boy.”

It should be “makes Jack a dead boy,” says the latest contribution to the literature of overwork, this one from the World Health Organization and the International Labor Organization.

A new study by the two groups says that working 55 or more hours a week is a “serious health hazard.” It estimates that long working hours led to 745,000 deaths worldwide in 2016, a 29 percent increase over 2000. Men accounted for 72 percent of the fatalities; the worst concentrations were in the Western Pacific and Southeast Asia, and particularly among 60- to 79-year-olds who had worked long hours after the age of 45.

That might not be particularly relevant for dull old Jack, since in his time people who made it past childhood rarely lived beyond 60 anyway. But for today’s world, these figures render long working hours the biggest occupational health hazard of all. Risk of a stroke rises by 35 percent and of fatal heart disease by 17 percent for those who can’t or won’t pry their nose from the grindstone, compared with people who work 35 to 40 hours a week.

The pandemic, and especially remote work, has created new opportunities to work too hard. The W.H.O. director-general, Dr. Tedros Adhanom Ghebreyesus, noted that teleworking has blurred the line between work and home and that people who have survived layoffs at struggling businesses have ended up working longer hours. One survey found an overwhelming majority of American employees have shortened, postponed or canceled vacations during the pandemic.

The red flags about overwork have been waving for years all around the world. Fatigue has been identified as a factor in industrial disasters like the BP oil refinery explosion in Texas City in 2005 and the nuclear accident at Three Mile Island. In Japan, long working hours are so common that “karoshi,” translated as “death by overwork,” is a legally recognized cause of death.

So, work less and live longer and better, right?

Once upon a time, that seemed inevitable. As prosperity increased and automation replaced human labor, people were expected to devote themselves to hobbies and family life. The British economist John Maynard Keynes was so certain industrialized countries were on a steady trajectory toward less work and longer vacations that he predicted people in the 21st century would work just three hours a day — 15 hours a week. “For the first time since his creation man will be faced with his real, his permanent problem,” he wrote in a 1930 essay, “how to occupy the leisure, which science and compound interest will have won for him, to live wisely and agreeably and well.”

Not in the United States, sir.

Americans on average labor for fewer hours than their grandparents, but they still work nearly 40 hours per week — and many take pride in working the longer hours the W.H.O. considers dangerous.

While Europe has imposed a measure of health-protecting leisure on its workers, with the European Union requiring at least 20 working days of vacation per year and many countries mandating a lot more (30 days for the French), the United States remains proudly alone as the “no-vacation nation.”

That’s what the Center for Economic and Policy Research called the United States in a 2019 study of 21 wealthy nations that found it was the only one without nationally mandated paid vacation or paid holidays. Only 16 states and the District of Columbia have legislated paid sick leave.

Even Americans who do get paid vacation use it sparingly. One study found that more than half did not use all their time off.

Americans, wrote Samuel Huntington in his book “Who Are We?: The Challenges to America’s National Identity,” “work longer hours, have shorter vacations, get less in unemployment, disability, and retirement benefits, and retire later, than people in comparably rich societies.”

Many Americans work long hours to make ends meet. Keynes anticipated the prosperity of modern society, but he assumed incorrectly that everyone would enjoy a sufficient share of that prosperity.

What’s even more striking, however, is that affluent Americans are not following the example of grandees of centuries past. Wealthy, college-educated people actually work far more than they did decades ago, and the richest 10 percent work the most.

Rich people in earlier eras demonstrated affluence by ostentatiously not working. They wore white togas or fancy hats or clean gloves. During the last Gilded Age, the “leisure class” spent its days in Downton Abbey-like pursuits, puttering in the rose garden, chasing a fox or getting dressed for dinner.

Today, wealthy Americans show off by working all the time.

Why? One explanation is that people like working, at least in the kinds of jobs that wealthy Americans tend to do. Throughout human history, most people had to work, the work was grim, and they assumed no one would work more than necessary. Aristotle opined, “The reason we labor is to have leisure.” Affluent Americans seem to have decided leisure is best enjoyed in moderation.

Derek Thompson, a staff writer at The Atlantic, has described this workaholism as a new religion in which “the American conception of work has shifted from jobs to careers to callings — from necessity to status to meaning.” When Erin Griffith, a Times reporter, visited several We Work locations in New York, she found throw pillows imploring tenants to “Do what you love,” neon signs urging “Hustle harder” and murals that “spread the gospel” of #ThankGodIt’sMonday.

But affluent Americans also are motivated by the reality that the rewards for working hard are larger than ever — and in this sternly meritocratic society, so are the consequences of falling behind. People work long hours because so much is at stake: the ability to obtain health insurance, to buy a home, to send children to good schools.

People in other wealthy countries aren’t just entitled to take more vacation. They are able to enjoy their leisure time because they have less to gain, or lose, by putting in a few hours on Saturdays or reading emails in bed.

Putting limits on work isn’t just a perk. It’s a matter of life and death. Less-affluent Americans need to be able to take time off. More-affluent Americans, who tend to focus on the benefits of hard work, should consider the costs, too.