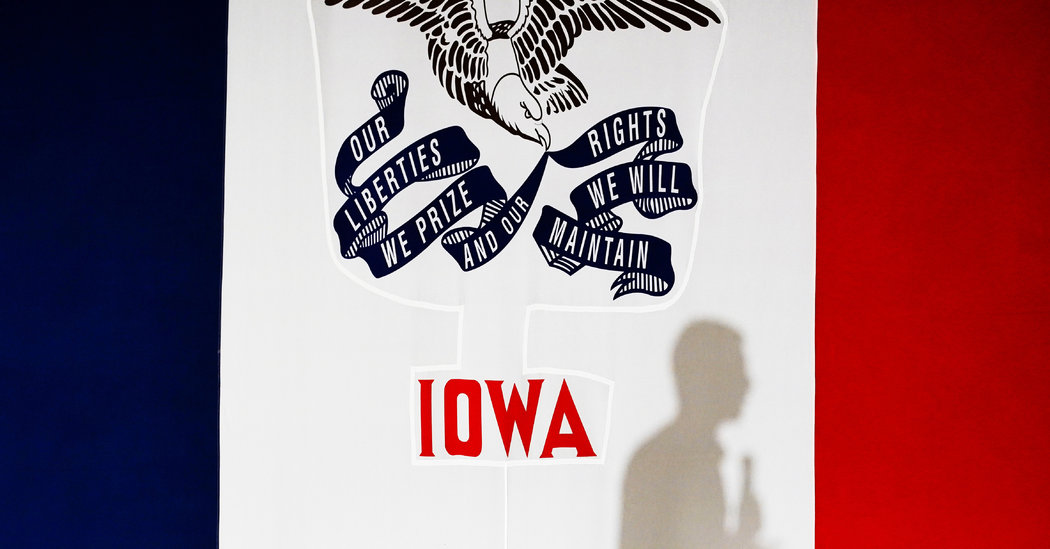 KNOXVILLE, Iowa — Welcome to the final Democratic debate before the Iowa caucuses. As a reporter for a small-town Iowa radio station, I have the best seat in the house for the caucuses. I’ve seen all the candidates who have come to Iowa, most multiple times, interviewed nearly all of them, some more than once, and attended countless events. The largest, the Polk County Steak Fry in September, had over 12,000 attendees. The smallest was, um, about 10 people about a week or two ago (sorry, Marianne Williamson!).

As you watch the debate on Tuesday night in Des Moines, remember that while Joe Biden, Bernie Sanders, Pete Buttigieg, Elizabeth Warren, Tom Steyer and Amy Klobuchar deserve their spots, there are great candidates with lots of support who should be on that stage, too. Minimally, in terms of enthusiasm I see at his events, Andrew Yang should be debating. (The same would have held true for Cory Booker, too — that he and Kamala Harris have dropped out of the race and the two billionaires are still in shows how flawed the Democratic National Committee debate criteria really are.)

What really matters happens on caucus night in about three weeks on Feb. 3. The conventional wisdom is that there are three tickets to the presidential nomination out of Iowa. That’s wrong. In such a big field, there are five or six tickets out of Iowa. To say otherwise does the candidates, our remaining states and, most important, our nation a disservice. It also gives Iowa too much power.

The situation on the ground here is fluid, but polls paint a fairly clear picture: a tight four-way race in Iowa with Mr. Sanders, Mr. Biden or Mr. Buttigieg on top, with Ms. Warren at their heels. (The most recent Des Moines Register poll has Mr. Sanders on top, with Ms. Warren, Mr. Buttigieg and Mr. Biden bunched close behind.) Ms. Klobuchar is slowly climbing. Mr. Booker never quite broke through, and Tulsi Gabbard hasn’t been here since October. Our Iowa winters might be too much for the Hawaii congresswoman, and I can’t blame her.

Nationally, Mr. Biden’s clearly in the driver’s seat, and we keep hearing that he’s the most “electable.” Here in Iowa, the ability to generate excitement is what makes a candidate win or place well on caucus night, not pundit perceptions of “electability” or poll position.

Mr. Biden has a lot to prove here. I’ve attended some of his town halls and rallies, and they’ve been lackluster, his speeches dull and meandering, and his crowds comparatively small. I’ve been to memorial services that are more exciting. I certainly hope mine is.

To many Iowans, Mr. Biden has also been compromised by his son’s dealings with an energy company in Ukraine. Everyone knows what the Bidens did wasn’t illegal, but we also know it was just plain wrong. His message has also fallen flat. During a speech at William Penn University in Oskaloosa, several students walked out halfway through Mr. Biden’s speech. I thought they were just leaving for class. A reporter who chased after them, however, told me that they said that Mr. Biden was saying nothing of interest.

I was surprised this week when a lefty preacher friend told me that he has yet to meet anyone who plans to caucus for Mr. Biden. Me neither.

Who is going to get an enthusiastic turnout caucus night? Bernie Sanders will. His support is strong. We’ll see if he can increase it; I think he’s topped out, because his scorched-earth campaign against Hillary Clinton in 2016 left a legacy that will make it difficult.

Elizabeth Warren has fallen in the polls, but she will have a big turnout caucus night. Her on-the-ground organizing is terrific and her supporters unwavering. Blue Warren T-shirts are as common as flies at the cattle barn. If I get a phone call at night, it’s more likely to be one of her volunteers than a friend, asking if I have any questions about any of her plans. They’re mostly young (my daughter is one of them). And they know how and when to make the “ask” that brings supporters aboard.

Pete Buttigieg will also have a big turnout. Watching his several-blocks-long parade of supporters file into the Liberty and Justice Dinner last fall in Des Moines gave me goose bumps. A police lieutenant friend I call Captain America because he shares the Steve Rogers values thinks Mayor Pete is the guy, and has persuaded a couple of other cops to caucus for him.

I found out that Mr. Buttigieg’s support is even deeper than I’d thought when a Baptist preacher I know started door-knocking for him. His general lack of support among black voters is troubling, but I haven’t spoken to anyone who isn’t caucusing for him because of it. He picked up an important endorsement in December from the long-term state legislator and African-American leader Deb Berry from Waterloo.

Among the “second-tier” candidates, support for Amy Klobuchar is swelling. Ms. Klobuchar’s friendly “senator from next door” pitch is resonating, and she is clearly one of us.

Andrew Yang is also interesting to watch. The Yang gang will caucus well, and Mr. Yang addresses issues others have chosen not to, like automation and job losses, and his Freedom Dividend makes sense to many.

People want to fall in and march to victory with Mr. Sanders, Ms. Warren, Mr. Buttigieg, Ms. Klobuchar or Mr. Yang. Mr. Biden? I’m not so sure.

On caucus night, given the soft support I see, if the weather is bad Mr. Biden’s supporters might not come out. It might also depend on what’s on TV. The Hallmark Channel might be re-airing a classic. For the other candidates, if their supporters walked outside, slipped on the ice and broke a leg, they still would crawl through snow and ice to caucus.

I don’t see Mr. Steyer’s support that strong, but he’s earned our respect. If you must vote for a billionaire, it should be him. Michael Bloomberg dipped his toe into Iowa to gauge our interest and found he had all the traction of a feather on a windy day. He has decided to campaign instead from a television studio in New York or Los Angeles — wherever billionaires go to make $10 million campaign ads they can run during the Super Bowl instead of meeting and listening to mere Iowa voters.

In the past year, I’ve seen Mr. Biden comfort a sick veteran’s wife, and Mr. Buttigieg tell gay kids we need them to be their whole selves, as they swelled with pride and appreciation. I’ve been sweaty in a mosh pit full of adoring Booker fans, and seen a line of a thousand people waiting to get a selfie with Ms. Warren. And another line of 500 (and many more). I’ve walked with Mr. Sanders and his supporters in a Fourth of July parade, and seen Mr. Yang do a call and response of his campaign points to a standing-room-only crowd at our local brewery. I’ve seen the steely glare that Ms. Klobuchar, our senator from next door gives when she shares the woes Trump has brought to farm country. I’ve watched Mr. Steyer go from wandering unrecognized in a crowd of 12,000 to slowly, one handshake at a time, gaining the respect of Iowans.

It’s been an inspiring year, but our caucus will soon be over. And then let’s see what New Hampshire, South Carolina, Nevada and the rest of the nation have to say.

Robert Leonard, the news director for the Iowa radio stations KNIA and KRLS, is the author of “Deep Midwest: Midwestern Explorations.”