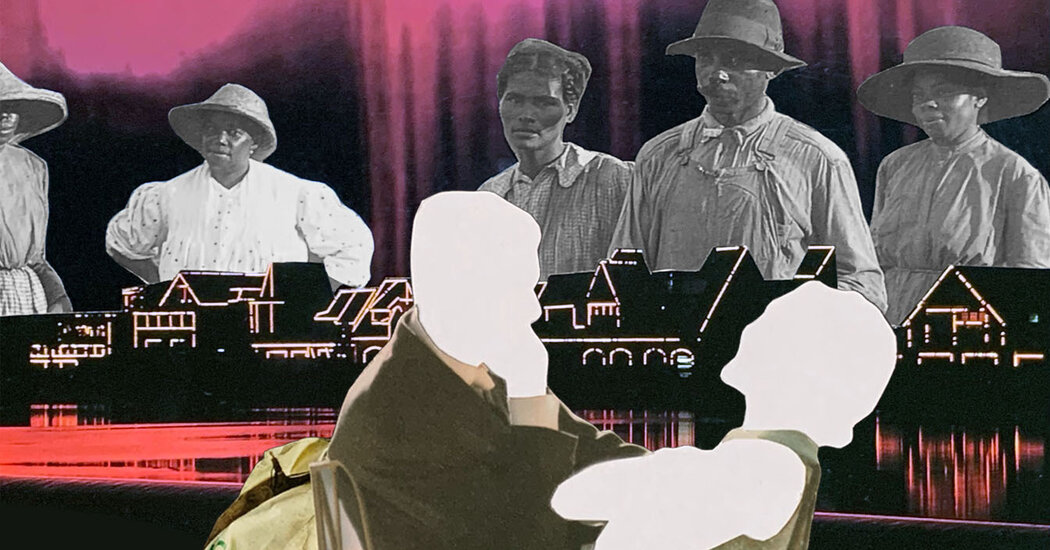 Wherever they choose to buy, Black people are penalized by white preferences.

John, who is Black, and his wife, who is Japanese American, purchased a family home in a suburb of Atlanta in 2004.

When he was interviewed for my book, John — who asked to be identified only by his first name to protect his family’s privacy — said the couple chose to buy in College Park, where 80 percent of the residents are Black, because they expected their children to identify and be treated as Black. They wanted the kids “to be in the village of Black community life, and to understand the cadences and relationships that are built there.”

But the family’s time in College Park didn’t last long. Because of the relatively low home values in their neighborhood and the resulting low property taxes, the public schools in the area were underfunded. So after their second son was born, they decided to move to an area with a better-funded school district.

Were they just unlucky? No. Is this massive loss through real estate unusual? Not for Black families.

Black Americans are often unable to build wealth from homeownership in the same way their white peers are, in large part because home prices are generally set by the people who make up the majority of buyers: white Americans. White families typically prefer to live in predominantly white neighborhoods with very few or no Black neighbors. Homes in these neighborhoods tend to have the highest market values because most prospective purchasers — who happen to be white — find them most desirable.

Black Americans, on the other hand, tend to prefer to live in racially diverse or all-Black neighborhoods. Research has shown that once more than 10 percent of your neighbors are Black, the value of your home declines. As the percentage of Black neighbors increases, the property’s value plummets even further.

A study published in The American Journal of Sociology in 2009 found that “race, per se, shapes how whites and, to a lesser extent, Blacks view residential space.” The researchers showed videos of neighborhoods with different racial makeups to Black and white participants and found that even after they controlled for social class, whites found the all-white neighborhoods significantly more desirable than either the racially diverse or all-Black neighborhoods. The mere presence of Blacks in a neighborhood made it less appealing to whites.

This is where the past meets the present. “There’s a carry-over of the redlining and steering days, before the fair housing laws were passed. So the difference in property values almost tracks 100 percent with the demographics of the area,” said Wayne Early, an Atlanta-based realtor and community economic activist.

So if a Black person like John buys a home in the diverse neighborhood he prefers, his home is likely to not appreciate in value as much as a home in a white neighborhood. But if he becomes a homeowner in a predominantly white neighborhood, making a good financial investment, social penalties can follow: Will a neighbor call the police as he enters his own home? Will he have to alert the police that his Black sons belong in the neighborhood and shouldn’t be treated as suspicious? Whatever they choose, Black people risk being penalized by white preferences.

“There are no other Black people that live on my street,” John said. But he also acknowledged that the appreciation of the house has been phenomenal. “In terms of long-term value, I would absolutely choose this neighborhood again,” he said. But his vision of raising his sons in “the village of Black community life” looks very different now.

Enter tax policy to add insult to injury. The typical white family has eight times the wealth of the typical Black family, a racial wealth gap that’s fueled by tax subsidies for homeownership.

Between 1940 and 1950 a majority of white Americans became homeowners by riding a wave of anti-Black policies — public and private — that prevented Black families from buying in certain neighborhoods and from taking advantage of F.H.A.-insured loans. By the end of the 1950s, 98 percent of homes built with F.H.A. support after World War II were occupied by white Americans. Black taxpayer dollars were supporting a federal government that was denying them equal treatment.

At the same time that America was solidifying its status as a nation of white homeowners, the post-World War II defense industry was mobilizing and in need of workers. To enable those workers to sell their homes with tax-free gains and move to where the jobs were, the real estate lobby went to work. By 1951, a new tax provision allowed homeowners to avoid paying taxes on gains when they sold their homes, if they purchased a new home of equal or higher value.

Today, if you sell your home at a gain, you can receive up to $500,000 of gain tax-free. If, however, you sell your home at a loss, you get no tax break. (Contrast that with the way the tax law allows losses to be deductible when you sell stock.) John’s $144,000 loss did him no good in terms of taxes. However, if he and his wife sell their Candler Park home, they’ll receive a significant tax-free gain.

This is just one of many ways that the U.S. tax code perpetuates the racial wealth gap. There are dozens more examples that touch areas of life like marriage and paying for college. But the outcome is always the same: Tax policies tend to disadvantage Black Americans while subsidizing their white peers.

The federal government should stop subsidizing a racist housing valuation system that’s made so by the preferences of white homeowners. It should repeal all federal tax subsidies for homeownership. Household rent is not deductible because it is considered a personal living expense. Why shouldn’t homeownership be treated the same way?

Joe Biden’s presidency could bring us one step closer to rooting systemic racism out of our tax laws. His first executive order created a data working group —  which includes the Department of the Treasury, which is responsible for administering tax laws — designed to disaggregate data by demographic variables like race and ethnicity. Collecting tax data by race is a first and necessary step in making our tax laws more equitable.

If white supremacy is to be rooted out everywhere, it must be rooted out of our tax system. Black taxpayers should not be required to finance our own subordination.

Dorothy A. Brown is a professor of law at Emory University. She is the author of the forthcoming book “The Whiteness of Wealth: How the Tax System Impoverishes Black Americans — and How We Can Fix It,” from which this essay is adapted.