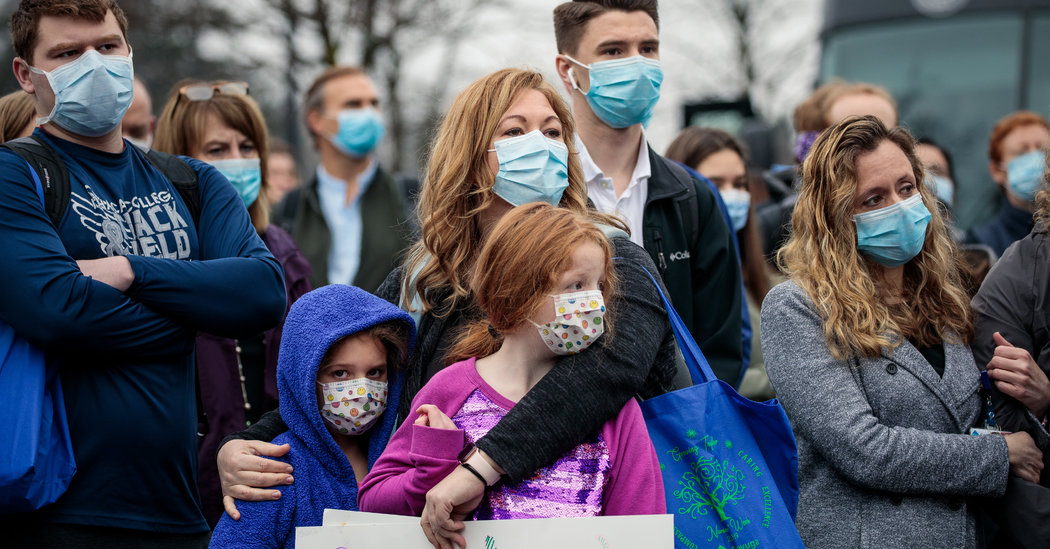 This article is part of “The America We Need,” a Times Opinion series exploring how the nation can emerge from this crisis stronger, fairer and more free. Read the introductory editorial and the editor’s letter.

A once-in-a-century public health crisis is unfolding, and the richest country in the world is struggling to mount an effective response. Hospitals don’t have enough gowns or masks to protect doctors and nurses, nor enough intensive care beds to treat the surge of patients. Laboratories don’t have the equipment to diagnose cases quickly or in bulk, and state and local health departments across the country don’t have the manpower to track the disease’s spread. Perhaps worst of all, urgent messages about the importance of social distancing and the need for temporary shutdowns have been muddied by politics.

Nearly all of these problems might have been averted by a strong, national public health system, but in America, no such system exists.

It’s a state of affairs that belies the country’s long public health tradition. Before the turn of the previous century, when yellow fever, tuberculosis and other plagues ravaged the country’s largest cities at regular intervals, public health was generally accepted as a key component of the social contract. Even before scientists identified the microbes that cause such diseases, governments and individuals understood that a combination of leadership, planning and cooperation was needed to keep them at bay. Some of the nation’s oldest public health departments — in Boston, New York and Baltimore — were built on that premise.

By pushing infectious disease outbreaks to the margins, those health departments helped usher in what scientists refer to as the epidemiological transition: the remarkable leveling off of preventable deaths among children and working-age adults. That leveling off continued in the second half of the 20th century, as new federal laws ensured the protection of food, air and water from contamination, and national campaigns brought the scourges of nicotine addiction and sexually transmitted infections under control.

So great was the effect of these public health measures that by the time the century turned again, life expectancy in the United States had risen sharply, from less than 50 years to nearly 80. “Public health is the best bang for our collective buck,” Tom Frieden, a former director of the Centers for Disease Control and Prevention, told me. “It has consistently saved the most lives for the least amount of money.”

One would never guess as much today. Across the same century that saw so many public health victories, public health itself fell victim to larger forces.

“It was like a great forgetting took place,” Wendy Parmet, a public health law scholar at Northeastern University, told me. “As the memory of epidemics faded, individual rights became much more important than collective responsibility.” And as medicine grew more sophisticated, health began to be seen as purely a personal matter.

Health care spending grew by 52 percent in the past decade, while the budgets of local health departments shrank by as much as 24 percent, according to a 2019 report from the public health nonprofit Trust for America’s Health, and the C.D.C.’s budget remained flat. Today, public health claims just 3 cents of every health dollar spent in the country.

The results of that imbalance were apparent long before Covid-19 began its march across the globe. Local health departments eliminated more than 50,000 jobs — epidemiologists, laboratory technicians, public information specialists — between 2008 and 2017. That’s nearly 23 percent of their total work force.

Crucial programs — including ones that provide vaccinations, test for sexually transmitted infections and monitor local food and water supplies — have been trimmed or eliminated. As a result, several old public health foes have returned: Measles and syphilis are both resurgent, as is nicotine consumption among teenagers and the contamination of food and water with bacteria and lead.

Each of these crises has received its own flurry of outrage, but none of them have been enough to break what experts say is the nation’s default public health strategy: neglect, panic, repeat.

“We ignore the public health sector unless there’s a major catastrophe,” said Scott Becker, the head of the Association for Public Health Laboratories. “Then we throw a pile of money at the problem. Then we rescind that money as soon as the crisis abates.”

There is a better way.

Imagine a public health system in which all public health entities used the same cutting edge technology in their laboratories and on their computers. This would include equipment that enables rapid diagnostic tests to be developed and deployed quickly in a crisis; web portals where data on disease spread, hospital capacity and high-risk communities can be logged and shared across the country; and user-friendly apps that enable private citizens to facilitate the efforts of epidemiologists.

The technology to create such a system already exists — it only has to be adapted and implemented.

That, of course, requires investment. In 2019, a consortium of public health organizations lobbied the federal government for $1 billion to help the nation’s public health system modernize its data infrastructure. They were granted $50 million. In the wake of Covid-19, that sum has been increased to $500 million. But much more is needed. There is a $5.4 billion gap between current public health spending and the cost of modernizing public health infrastructure, according to the Trust for America’s Health report.

However much money is ultimately allotted for this work, it will have to be deployed equitably, in high-income and low-income communities alike. Health departments everywhere are struggling to contain the Covid-19 pandemic, but that struggle is particularly acute in marginalized communities, where health is already fragile, public health departments are sometimes nonexistent and mistrust of officials tends to run high.

Early data from several states indicates that Hispanics and African-Americans already account for a disproportionately high number of coronavirus-related deaths, a finding that is both unsurprising and unacceptable. A better system would direct federal aid to where it’s needed most — and would work to eradicate legacies of injustice and abuse that mar the history of public health victories.

Of course, none of these changes will help if the underlying system is not grounded in and guided by rigorous, apolitical science. Public health agencies were created precisely because the decisions required to stop a pandemic in its tracks, or protect the nation’s food supply, or keep measles at bay were considered too difficult and too important to be swayed by politics.

The vision for public health reform is not especially complicated or expensive. But it is bold — and it will require boldness from every corner of the country.

Politicians will have to incorporate public health into their priorities; they might start by making “Public Health for All” as urgent a rallying cry as any concerning health insurance. Universal access to health care is a human right, but it will not protect us from the next pandemic — or clean water crisis, for that matter.

Captains of industry will have to commit acts of genuine altruism, because not all of the innovations needed to build a modern public health system will be clearly lucrative. If you’re making a fortune out of cornering the market on ventilators, for example, designing a cheaper, easier-to-make version of your product might sound like bad business. Likewise, developing vaccines and antibiotics may seem like a risky investment compared with the prospect of another million-dollar cancer drug. But when the next pandemic threat arrives, millions of lives — not to mention the entire global economy — may depend on exactly these things.

Mind-sets will have to change, too. A society that prizes individual liberty above all else is bound to treat health as a private matter. But if Covid-19 has taught us anything, it’s that our health and safety depend on collective action. That’s what public health is all about.