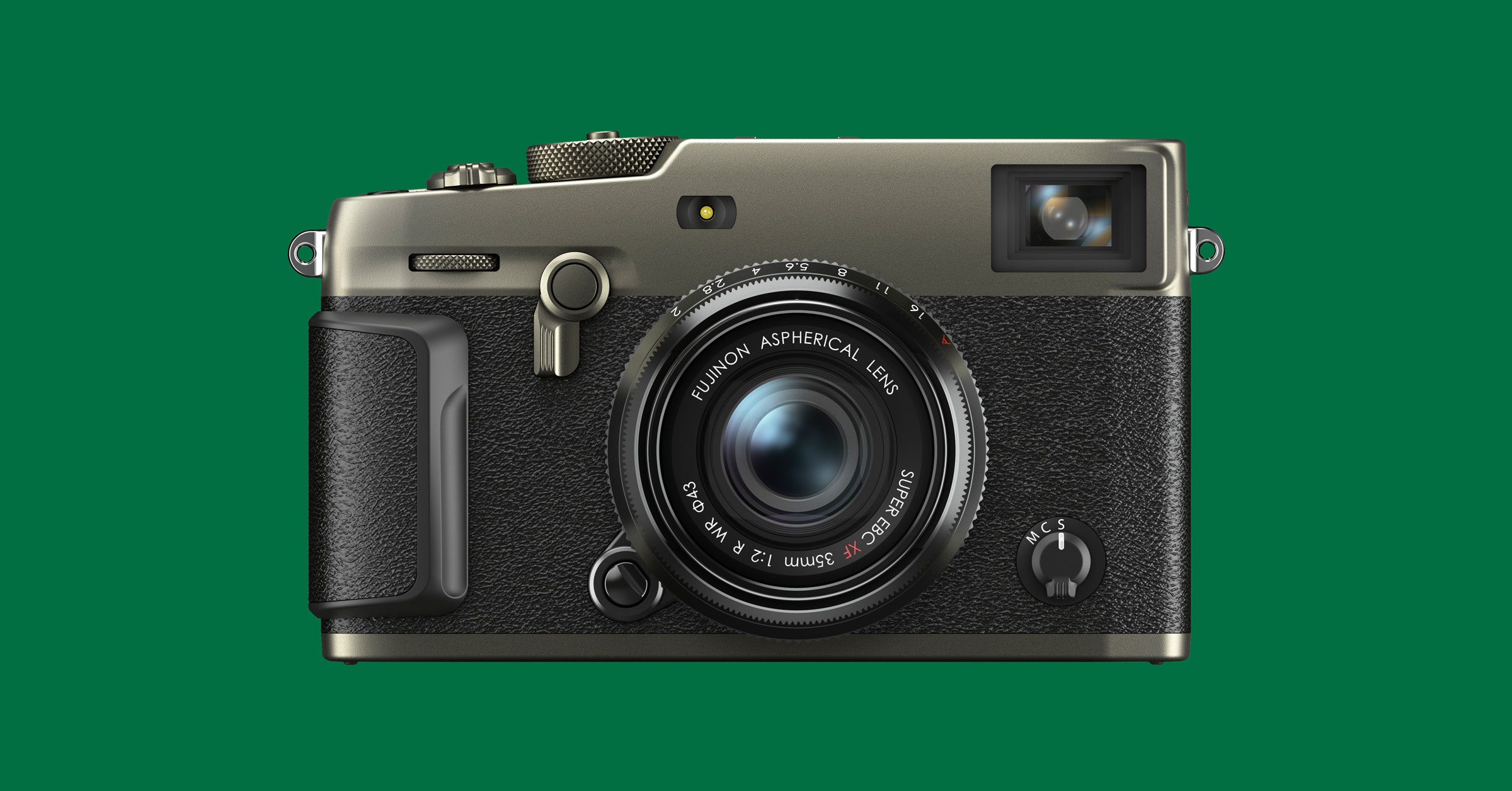 In a market where it’s hard to tell cameras apart without looking at the logo, the design of the X-Pro3 makes it truly stand out. The main LCD screen on the back is hidden. In its place, there’s a small LCD screen that imitates the little window on analog cameras that shows you what type of film is loaded inside. This is not a camera that’s proudly digital.

After using the X-Pro3 for a few weeks, it became clear to me that this is a specialist camera best suited to a very specific type of photographer. It has strong opinions about how it should be used. It’s not for everyone, but if you share Fujifilm’s vision of what a digital rangefinder camera can and should be, then it could be for you. Everyone else, move along. There’s nothing to see here.

The X-Pro 3 is the successor to the three-and-a-half-year-old X-Pro 2 (8/10 WIRED Recommends), which is still one of my favorite cameras. As I said in that review, from the rangefinder body design to the hybrid viewfinder, this a camera design born of bold choices. That remains true with this update.

What has not changed in the third-iteration of the X-Pro line is that je ne sais qua quality of previous models. I don’t know what it is about this camera, but it makes you want to pick it up and walk out the door to make photos. It demands to be used in a way that other cameras simply don’t. While the intangibles remain the same, Fujifilm has changed plenty of things on the X-Pro3. For example, the first thing you might ask: what happened to the rear LCD?

Yes, the X-Pro3 has deepened its connection to vintage film cameras by hiding the main LCD screen from view. Instead the rear of the camera now has a tiny LCD screen that mimics the film box top holder in your old analog SLR. The digital version doesn’t just tell you the film emulation mode (mimicking the look of various old Fujifilm film boxes), but also the current ISO and white balance settings.

To get to the main LCD where you can navigate settings and review images, you flip the rear panel down, revealing the screen. In addition to being the only way to “chimp” your photos, it (perhaps inadvertently) enables waist-level shooting, something that wasn’t possible in previous versions and will likely appeal to street photographers, one of the groups Fujifilm is clearly courting with the X-Pro3.

I will confess I almost always favor using the electronic viewfinder over a rear LCD on my cameras, so tucking the display away did not bother me. Of course, a significant portion of the internet does not like this move. I disagree with the haters though, I like to see Fujifilm drawing a line in the sand: If you want to see the LCD screen all the time, this is not the camera for you.

I found that reviewing images in the hybrid viewfinder was good enough for me to confirm I had the shot I wanted. And thanks to plenty of customizable buttons, after I spent about an hour setting up the controls how I like then, I rarely had a reason to flip down the screen and dive into the settings.

There is one big drawback to the drop-down LCD screen: it may not fold down very far on some tripods. This will depend on the design of your tripod, but the two I had a chance to test with both interfered with the screen’s ability to extend past about 100 degrees. I don’t think this will matter to potential X-Pro3 users, as this compact carry-and-go camera is not the sort of thing you’ll normally want to put on a tripod. But it is disappointing that you might not be able to just plop it on there and still see the LCD screen.

Another thing you won’t find on the X-Pro3 is the traditional circle of four buttons for navigating menus and activating features. There are enough other buttons that I did not miss the D-pad, and with the touchscreen LCD, there’s no need to use the buttons to navigate the menus. I missed this feature so little, I didn’t even notice the buttons weren’t there until I looked up my X-Pro2 review and noticed that camera had a D-pad.

The X-Pro3 has a new X-Trans 4 APS-C sensor with a slight resolution bump to 26 megapixels (up from 24), but the real news is that the phase-detect autofocus system now works across the entire frame. Fujifilm says the autofocus is accurate in levels as low as -6EV if you’ve got a fast (f/1.4) lens. This was largely borne out in my testing. Suffice to say this autofocus system performs better in low light than my eyes do in low light.

Fujifilm’s already very good build quality has been improved for the X-Pro3, which now features titanium top and bottom panels. The construction of the eyepiece is also much improved; the rubber is heavier, and it no longer feels like it’s going to tear off on the first thing that snags it. Fujifilm has also made the diopter adjustment wheel more deeply recessed and less prone to accidental turning.

The main reason to upgrade to the X-Pro3, in my opinion, is for the viewfinder. The new version is slightly larger than the old, but still features three ways to view the scene: straight optical, straight EVF, and the very clever hybrid which manages to give you the best of both options in most cases. The three modes are toggled by quickly flipping a lever on the front of the camera.

What’s gone are the dual magnification options in the optical viewfinder. The X-Pro2 could alternate between 0.35 and 0.60 magnifications, the X-Pro3 has only one set magnification level of 0.52. The electronic viewfinder is much improved, but I did miss the dual OVF.

Fujifilm is well known for its JPG film emulation modes, and the new X-Pro3 adds a new one dubbed Classic Negative Simulation. I was less wowed by this one than the monochrome Acros mode and some of the other film emulations. What I did find amazing is that Fujifilm has included an in-camera curves tool and a clarity setting. Between these two tools and the existing JPG settings tools, you can really dial in specific looks for your photos right there in the camera. The X-Pro cameras are still the only cameras I use where I rarely use the RAW images. The customization options and quality of the JPG output gives me what I want so consistently, I rarely bother with post-processing.

The X-Pro line has a smaller audience than Fujifilm’s other cameras, but it’s an audience that Fujifilm clearly remains devoted to. The changes in this update are well worth the money. The X-Pro3, like its predecessors, is a camera that makes you want to get out and shoot. It will help you forget about fiddling with settings, forget about editing files, and just focus on capturing your vision of the world.