ProPublica Illinois is an independent, nonprofit newsroom that produces investigative journalism with moral force. Sign up for our newsletter to get weekly updates written by our journalists.

I’m happy to report this week that the Chicago City Council overwhelmingly approved a pretty major set of reforms to the city’s system of ticketing and debt collection. You may know that I have been, em, a little obsessed with said system for almost two years, when I first joined the ProPublica Illinois team and began reporting on why so many people were filing for bankruptcy over ticket debt.

On Wednesday, my pal Elliott Ramos from WBEZ Chicago — with whom I’ve worked on these stories since last summer — and I watched as aldermen voted 49-1 in favor of the reforms. It was a good morning.

Can’t be at city hall without taking a selfie pic.twitter.com/pMJzeZ7Ejc

Here’s what some people are saying:

“We are working hard to make sure that we relieve that burden and give people their cars back and give them an opportunity to participate in the economy.” — Mayor Lori Lightfoot.

“I hate when people are talking about the scofflaws, scofflaws. This is about people who walk into our office with $500 to get on a payment plan and are turned away.” — City Clerk Anna Valencia.

Meanwhile, state lawmakers are expected to take up a bill to end license suspensions over parking ticket debt across Illinois during the veto session later this fall. If that becomes law, the state would lift some 55,000 suspensions.

As for me, I’m trying to savor this moment. It’s been so rewarding to help bring a problem to light, change the public narrative around “scofflaws” and help make people’s lives better.

Elliott and I plan to keep an eye on the reforms. Please feel free to reach out if you have any tips or questions.

And thank you for reading. 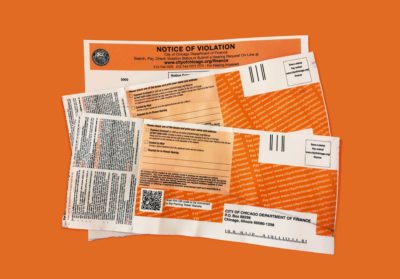