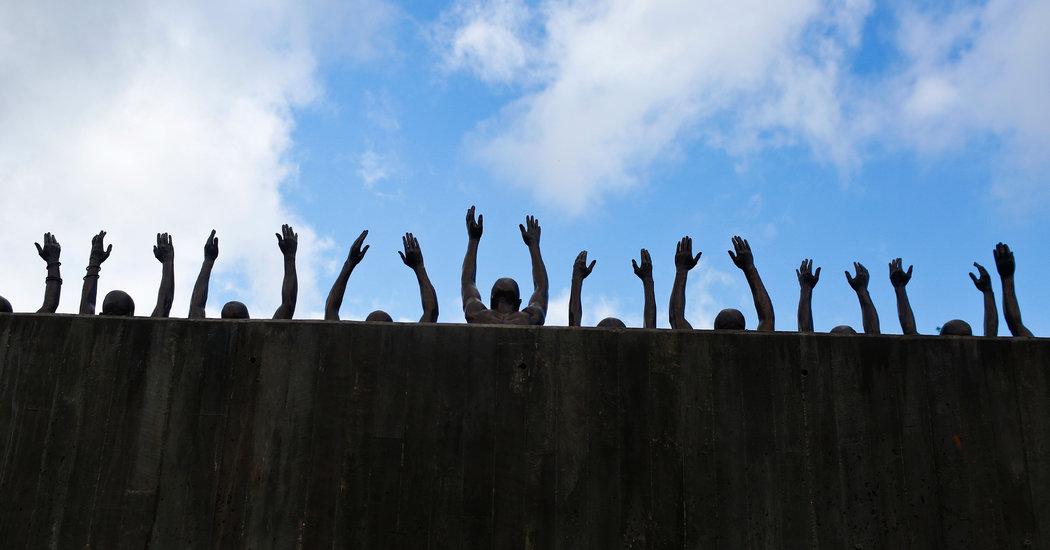 At a time of so much death and suffering in this country and around the world from the Covid-19 pandemic, it can be easy, I suppose, to take any incidents that don’t result in death as minor occurrences.

But they aren’t. The continued public assault on black people, particularly black men, by the white public and by the police predates the pandemic and will outlast it. This racial street theater against black people is an endemic, primal feature of the Republic.

Specifically, I am enraged by white women weaponizing racial anxiety, using their white femininity to activate systems of white terror against black men. This has long been a power white women realized they had and that they exerted.

This was again evident when a white woman in New York’s Central Park told a black man, a bird-watcher, that she was going to call the police and tell them that he was threatening her life.

This was not innocent nor benign nor divorced from historical context. Throughout history, white women have used the violence of white men and the institutions these men control as their own muscle.

From the beginning, anti-black white terrorists used the defense of white women and white purity as a way to wrap violence in valor. Carnage became chivalry.

We often like to make white supremacy a testosterone-fueled masculine expression, but it is just as likely to wear heels as a hood.

Particularly in the post-Civil War era, when slavery had been undone, white male politicians used the fear of rape of white women by black men to codify racial terror.

As the author and scholar Rebecca Edwards has pointed out in her book “Angels in the Machinery: Gender in American Party Politics From the Civil War to the Progressive Era,” white politicians have long focused their furor by claiming to be the defenders of white women, a last guard against their suffering.

As Dr. Edwards noted, Mississippi’s James Vardaman, arguably one of the most violent racist politicians in American history, and that’s quite a feat, said in 1903, “a vote for Vardaman is a vote for white supremacy, a vote for the quelling of the arrogant spirit that has been aroused in the blacks by Roosevelt and his henchmen, … a vote for the safety of the home and the protection of our women and children.” Vardaman, who once famously said, “If it is necessary, every Negro in the state will be lynched,” won election and became governor of Mississippi.

Indeed, untold numbers of lynchings were executed because white women had claimed that a black man raped, assaulted, talked to or glanced at them.

But it goes even further than that. The Tulsa Race massacre, the destruction of Black Wall Street, was spurred by an incident between a white female elevator operator and a black man. As the Oklahoma Historical Society points out, the most common explanation is that he stepped on her toe. As many as 300 people were killed because of it.

In 1944, 14-year-old George Stinney Jr. was electrocuted for the killing of two little white girls. He was the youngest person executed in the United States in the 20th century. His trial lasted only a couple hours. There was little or no cross-examination of prosecution witnesses or calling of defense witnesses. The all-white, all-male jury deliberated for only 10 minutes before finding Stinney guilty, and he was sentenced to death.

He was just 5 feet 1 inch tall. As Laura Bradley wrote in Slate, “He weighed 95 pounds when he was arrested, and was so small he had to sit on a phone book in the electric chair when he was executed within three months of the murders.” Some say the book was in fact a Bible.

A circuit court judge threw out Stinney’s conviction in 2014.

The torture and murder of 14-year-old Emmett Till in 1955, a lynching actually, occurred because a white woman said that he “grabbed her and was menacing and sexually crude toward her.” His torturers beat him, shot him in the head and tossed his body into the Tallahatchie River tied to a cotton gin fan with barbed wire. A few years ago, the woman admitted to an author that she had lied.

Till’s lynching would serve as the big bang of the Civil Rights Movement. Indeed, when Rosa Parks refused to give up her seat on that bus, she said that she was thinking of Till.

This practice, this exercise in racial extremism, has been dragged into the modern era through the weaponizing of 911, often by white women, to invoke the power and force of the police who they are fully aware are hostile to black men.

In a disturbing number of the recent cases of the police being called on black people for doing everyday, mundane things, the calls have been initiated by white women.

And understand this: Black people view calling the police on them as an act of terror, one that could threaten their lives, and this fear is not without merit.

There are too many noosed necks, charred bodies and drowned souls for these white women not to know precisely what they are doing: They are using their white femininity as an instrument of terror against black men.