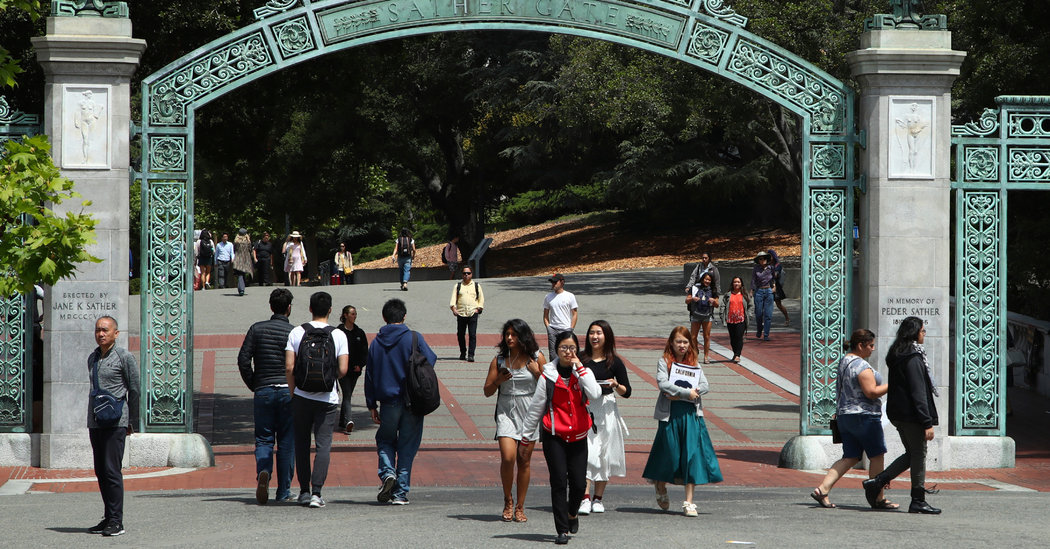 In a recent survey, three-quarters of economists polled by The Wall Street Journal predicted a recession would hit before the end of 2021. That’s scary news for college students. The last recession helped fuel state budget cuts and led to a steep jump in college debt.

College affordability — and the need for greater state investment in public colleges and universities, which enroll three-quarters of higher education students — has become a central plank in the platform of every Democratic presidential candidate. Joe Biden’s plan, released a few weeks ago, requires states to cover a quarter of the cost of eliminating tuition at community colleges. Elizabeth Warren would “partner with states to split the costs” of eliminating tuition at all public colleges and universities.

However, the plans released by Mr. Biden, Ms. Warren, and the other candidates overlook the central role of the economy in college affordability. Unfortunately, recessions are inevitable. Unless we find a way to help states weather them, they will slash college budgets and drive up tuition rates, as they have time and time again.

Take our recent experience. In 2009, the economy was in free-fall, losing as many as 800,000 jobs a month. State revenues plummeted along with the market. Forced to balance their budgets, states made deep cuts to community colleges and public universities. In California alone, funding for public universities fell by more than $1 billion. Arizona cut funding for public higher education in half as the state’s budget crisis wore on.

At the same time, enrollment surged, as many adults returned to school looking for new skills. It was a double whammy for colleges: more students to serve with less money. Across community colleges and public universities, state funding fell by roughly $2,000 per student between 2008 and 2012.

College costs and student debt were already growing, and the spike of tuition costs and fees during the Great Recession goosed student debt. Between 2008 and 2012, annual per-student borrowing at public colleges rose by $1,100, a 36 percent increase.

Ironically, states’ constitutional prohibitions on running budget deficits helped create a new fiscal danger: higher student borrowing. States transferred the weight of college costs onto students and families at a time when household budgets were taking other hits. Many students were left no way to meet the higher price tag of education, other than taking out more student loans.

“Millennials hit a perfect storm,” said Susan Dynarski, a University of Michigan economist. “They borrowed to make their tuition payments. They left school only to hit a labor market of high unemployment and low earnings. And this precipitated a takeoff in loan defaults.”

Ten years later, community colleges and public universities have still not fully recovered. State spending remains about $7 billion below its 2008 level, according to the Center on Budget and Policy Priorities. The Great Recession was unique in many ways, but its impact on colleges was not. For decades, states have ratcheted down college funding in bad times, without replacing it when the economy comes back.

The Democratic presidential candidates’ enthusiasm to partner with states on college affordability is welcome. But when the next recession strikes — and it could at any time in the coming years — states may not be able to hold up their end of the bargain.

So here’s what Congress, in these relatively good economic times, could start and a new presidential administration in 2021 could build upon: Provide matching grants to states that invest more in their colleges, encouraging them to sustain their existing funding for colleges and to restore it to past levels.

In addition to this base of financial support, Congress should give extra help to states that invest in community colleges, regional public universities and historically black colleges. These are the schools that generally receive less state funding, serve larger numbers of low-income students and students of color and that are at the greatest risk of experiencing a huge wave of dropouts.

When a state hits a rough patch, measured by a rising unemployment rate, the federal matching rate would automatically increase. The idea is similar to unemployment insurance, which automatically extends benefits for unemployed workers when the job market is weak. In 2009, Congress provided education funding as part of the stimulus, which blunted budget cuts, but relying on legislation to help states will most likely mean that help will arrive too late.

These funds would then cushion students from another run-up in tuition costs and the resulting student debt. The funds would have an extra benefit: reducing the depth and severity of the recession itself. As we saw in the Great Recession, private household debt and state budget cuts both reverberated throughout the economy, exacerbating wage cuts and job losses. Automatic help for people who need it most can both help families make ends meet and speed economic recovery, just as unemployment insurance does.

It is welcome news that college affordability is at the center of the 2020 presidential campaign and that the candidates recognize the need for a new partnership with states. But these plans are designed for the good times. Without a contingency plan for the looming mix of recession, debt increases and state budget cuts, we can’t solve the student debt crisis. The prudent move, for students and families, is for Congress to take out insurance now.

James Kvaal, president of the Institute for College Access & Success, was the deputy domestic policy adviser to President Barack Obama.