Migrants from Honduras wait in line at the Mexico-United States border crossing in Tijuana, Mexico, on Sept. 12, 2019.

Thousands of migrants who agreed to wait in Mexico for their asylum hearings in the United States are now finding out they may not be eligible for asylum at all.

They’re stuck at the Kafkaesque intersection of two Trump policies designed to crack down on those seeking humanitarian protection. First, when they came to the U.S. to seek asylum earlier this year, they were given court dates but forced to wait in Mexico for their hearings.

Then, in July, the Trump administration issued a regulation that banned asylum for any non-Mexican migrant who entered the U.S. from Mexico.

At the time, the Trump administration asserted that people who had already been caught up in the older Trump policy — asylum-seekers who were in Mexico only because the U.S. had already sent them back there to wait — wouldn’t be subject to the new ban. (Asylum-seekers who were still waiting at official border crossings to present themselves legally were barred, as ProPublica reported at the time, but the administration said that those who already had court dates were not.)

But ProPublica has learned that in at least one court where these asylum-seekers’ cases are being heard, judges and prosecutors are treating their status as an open question. The uncertainty in the courtroom shows that — despite what the Trump administration said at the time — officials haven’t been instructed to exempt returned asylum-seekers from the new rule.

Three lawyers representing asylum-seekers told ProPublica that Immigration Judge Nathan Herbert in El Paso, Texas, has ordered them to submit briefs explaining why their clients should be eligible for asylum despite the regulation.

In two of these cases, Immigration and Customs Enforcement (which represents prosecutors) was also asked to submit a brief arguing the other side of the issue. The asylum-seekers’ lawyers told ProPublica that ICE has asked for more time to write its brief in both cases, because it’s still trying to interpret the regulation itself.

In the other case, ICE was not required to submit a brief, because Herbert said that the burden of proof was on the asylum-seeker to show she was eligible.

All three asylum-seekers represented by the lawyers who spoke with ProPublica — and an unknown number of other asylum-seekers who don’t have lawyers — have already had their final hearings and are now being held in ICE or Customs and Border Protection detention facilities in the U.S. while Herbert and prosecutors debate their asylum eligibility.

Herbert is only one of the judges overseeing asylum cases for migrants forced to return to Mexico under the “Migrant Protection Protocols” program. Since judges and prosecutors have apparently been left to interpret the regulation on their own, it’s possible that different judges will come to different conclusions — meaning whether or not the ban applies to a given migrant will depend on which judge is assigned to their case.

Under the Migrant Protection Protocols, otherwise known as the “Remain in Mexico” policy, asylum-seekers have been living in Mexico for weeks or months while they await their U.S. court dates. They’ve faced poor living conditions and danger from kidnappers in the hopes that a U.S. judge will ultimately grant them asylum.

The source of the confusion is that the asylum ban applies to migrants who “enter” the U.S. after July 16. Technically, a migrant who has already come to the U.S. to ask for asylum, been sent to Mexico to wait, and comes back into the U.S. to attend his or her court date is “entering” again. The text of the regulation isn’t clear about whether the ban only applies to a first entry, or to any entry into the U.S. after that date.

When the regulation went into effect, however, officials from both the DOJ and DHS said, definitively, that any migrant who had entered the U.S. before July 16 — whether or not they were forced to wait in Mexico in the meantime — would still be eligible for asylum under the new rule.

A DOJ spokesperson told ProPublica at the time that it would not apply to those already in the Remain in Mexico program. A DHS spokesperson said the agency would defer to the DOJ’s interpretation.

The U.S. Supreme Court reversed a lower court ruling and allowed the regulation to take effect nationwide in September while the underlying lawsuit over its legality is heard. At that point, DHS issued a statement saying explicitly that the regulation would apply only to those whose initial entry into the U.S. happened after July 16. 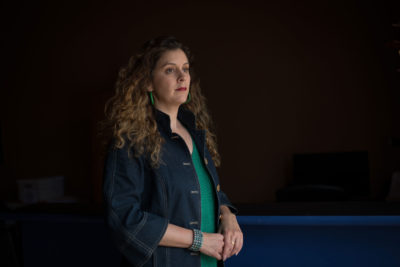 “We are considering the initial encounter as the operative date for purposes of the” regulation, a DHS official told reporters. “Subsequent entries for immigration court hearings are not entries” as far as the new ban was concerned.

But DOJ’s internal guidance to immigration judges didn’t say anything about the issue.

The guidance issued after the court’s September ruling, first obtained by Reuters, tells judges that the ban now applies to “all asylum applications filed by aliens who entered, attempted to enter, or arrived in the United States after July 16, 2019,” that are still pending as of Sept. 11.

It doesn’t clarify whether the guidance refers to initial entry or most recent entry. In fact, it doesn’t mention the Remain in Mexico program at all. That leaves it up to individual immigration judges to interpret.

It takes several months for asylum-seekers to get a judge’s final ruling. Because the Remain in Mexico program was rolled out slowly this spring, relatively few cases have reached the final stage — but El Paso, an early program hub, is seeing many of them. The confusion in Herbert’s courtroom could presage what’s going to happen in other courts where judges are hearing returnees’ cases.

As of August 2019 — the last month for which data is available — 13,841 migrants who had entered before July 1 and had been sent back to Mexico still had pending court cases, according to data obtained by the Transactional Records Access Clearinghouse at Syracuse University. (Thousands more migrants entered and returned between July 1 and July 16, and they could also be barred retroactively; it’s not clear how many still had pending cases as of August.) There were 5,231 who had their cases before judges in El Paso, like Herbert.

The three lawyers who spoke with ProPublica said Herbert brought up the issue during their clients’ final hearings before ruling on their asylum claims. (Judges frequently rule on the asylum claim at a hearing’s end or quickly after.) Herbert ordered asylum-seekers’ attorneys to submit legal briefs arguing their positions in the weeks after the hearing — delaying the case’s resolution by at least a few weeks and possibly longer.

One immigration lawyer shared with ProPublica a joint motion filed with the prosecutor in his client’s case, asking for more time to prepare briefs. The reason, the motion says, is that, “The Department is in the process of assessing which position to adopt” — still deciding whether to argue that the asylum ban retroactively applies to Remain in Mexico returnees. Another lawyer said that she received a motion by mail from the ICE prosecutor, asking for a similar extension.

Meanwhile, the lawyers’ clients remain in detention. One lawyer told ProPublica that her client actually wants to be sent back to Mexico to wait for his next hearing but was instead forced to stay in detention in the U.S. while the legal argument over his eligibility is resolved.

“I asked the guards, and they said he’s going to be returned to Juárez,” that lawyer said, referring to the city across the border from El Paso. But that did not happen. When she didn’t hear from the client for several days, she contacted government sources to track him down — and eventually received an email that he was in CBP custody.

Another lawyer told ProPublica her client is in ICE custody, but the client records aren’t visible in the online detainee locator. The lawyer said she learned the client’s whereabouts only through a phone call from the client’s relative.

According to data from TRAC, 99% of asylum-seekers sent to wait in Mexico don’t have lawyers. The final hearings for unrepresented Remain in Mexico returnees are typically closed to the public.

That makes it impossible to know how many other asylum-seekers are currently waiting in limbo for Herbert’s decision — or whether any have already been denied asylum by another judge, due to a ban they were told they were exempt from.