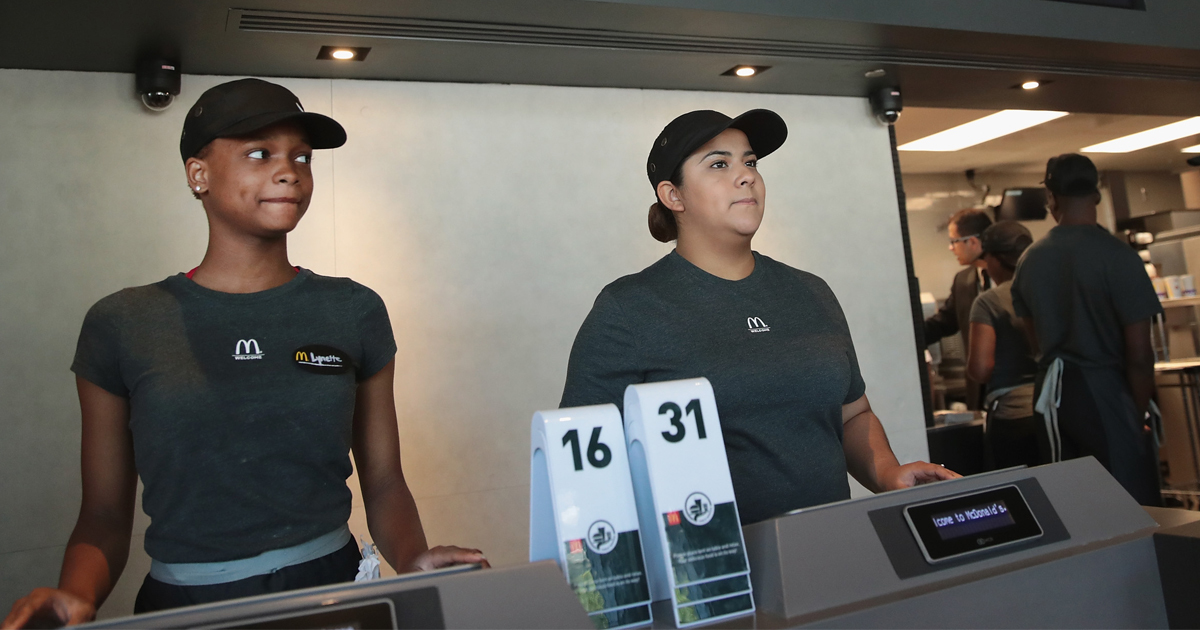 The National Labor Relations Board is trying to roll back an Obama-era decision that expanded labor protections for workers employed indirectly by major corporations, like employees of fast-food franchises such as McDonald’s.

Under the Trump administration, the National Labor Relations Board has been trying to roll back an Obama-era decision that made companies more responsible for temporary staffers, fast-food-franchise workers and others who work for them indirectly. The first attempt was foiled in early 2018 when a Trump appointee to the board was found to have a conflict of interest.

Now, as the NLRB tries to undo the rule for a second time, it’s facing questions from two Democratic representatives about another potential conflict of interest — and this one involves the NLRB’s own use of temporary staffers. In May, the labor board engaged a company called Ardelle Associates to supply lawyers and paralegals to help review public comments on the proposed overhaul of the provision in question, which is known as the “joint-employer rule.”

Among those who submitted comments advocating a reversal of the Obama-era rule are two trade associations that Ardelle belongs to and uses to recruit temps, according to contracting records. In their comments to the NLRB supporting the rule change, the trade associations asserted that companies have grown more reluctant to hire temporary employees because the rule has left them uncertain of their labor law obligations.

In essence, the NLRB hired temps whose bosses have a stake in the outcome to review and potentially summarize the public comments. And that, two top Democrats on the House Committee on Education and Labor say, poses a conflict of interest under federal contracting rules. In a letter the committee’s chair, Rep. Bobby Scott, D-Va., and the chair of its labor subcommittee, Rep. Frederica Wilson, D-Fla., sent last week to the labor board’s chairman, John Ring, they accuse the board of violating those rules when it selected Ardelle. Democratic committee aides provided a copy of the letter to ProPublica.

The NLRB’s repeated attempts to overhaul the joint-employer rule are one front in a broader national struggle over the rights of the growing proportion of the workforce — about one-third of U.S. workers, according to a Gallup poll last year — that large corporations engage through intermediaries. Other battle lines include the rules governing when a company can classify workers as independent contractors, who are not protected by key federal labor laws. Last week, California entered the fray, enacting a law that will make it harder for companies like Uber to deny their drivers employee status. The stakes are significant, as a recent ProPublica investigation into Amazon’s reliance on contractor-supplied delivery drivers shows.

During the Obama years, the NLRB expanded protections for workers employed by third parties, like temp agencies or franchise holders, by broadening the circumstances under which a company could be held responsible for labor abuses against those workers.

The Trump administration views that as handcuffing companies. That position is supported by many major corporations, like McDonald’s, a target of Obama-era enforcement of the joint-employer rule. In a comment to the NLRB’s current effort to loosen that rule, the International Franchise Association, of which McDonald’s is a member, argued that the present joint-employer rule “has cost the franchising sector as much as $33.3 billion annually and has resulted in as many as 376,000 lost job opportunities.”

Congressional Democrats generally support the current incarnation of the joint-employer rule, making them particularly attentive to how the Trump administration goes about attempting to change it.

The letter from the two Democratic representatives raises questions about the accuracy of statements the NLRB’s Ring has made to Congress. Ring assured Scott and Wilson, in a March 22 letter, that the contractor (Ardelle hadn’t yet been selected) would not be involved in “any substantive, deliberative review of the comments but will be limited to sorting comments into categories in preparation for their substantive review.” Yet contracting records indicate that officials had a more substantive role in mind for the Ardelle temps: they might be asked to summarize comments. That provision was drafted more than a month before Ring sent his letter, internal NLRB emails obtained by ProPublica show, and the provision remained in the final contract. Board members will rely on those summaries as they consider whether to move forward with the proposed rule change, according to a copy of Ring’s notes from a Feb. 13 talk he gave to board staff.

An NLRB spokesperson declined to comment on the issues raised by Scott and Wilson’s letter beyond saying that the NLRB is in the process of preparing a response. Ardelle did not respond to a request for comment.

The decision to contract out part of the comment review process raised concerns inside the NLRB. “I am a little worried moving forward with so much opposition” to engaging a contractor, a board contracting officer wrote on April 1, just after learning Ardelle had been selected. The contracting officer asked a supervisor whether to hold off on the contract “until you all meet with Congressional and Public Affairs?” (Scott and Wilson had already sent a letter to Ring raising initial concerns about plans to contract out review of the comments.)

“We can still move forward” and bring on a temp firm, the supervisor responded a few minutes later. “Congress may decide it’s fine or months from now come back and say it’s not fine terminate the contract.”

It is not unusual for federal agencies to outsource review of comments when proposed rules generate a large volume of them. The joint-employer rulemaking generated 29,000 comments, according to Ring’s notes from his Feb. 13 talk, of which 500 to 2,000 were substantive and nonduplicative.

The present rulemaking process is the board’s second attempt to replace the joint-employer rule announced in an Obama-era case titled Browning-Ferris. In December 2017, the board’s new conservative majority voted to rescind Browning-Ferris’s revision of the rule. But it later vacated that decision, after the board’s inspector general and an ethics official determined that one of the members, William Emanuel, should have recused himself. Emanuel’s former law firm represented a party in Browning-Ferris, which at the time was still on appeal before a federal court in Washington. ProPublica reported on the inspector general’s investigation and Emanuel’s potential conflicts last year.

The NLRB then decided to take a different route to unwind Browning-Ferris. The board generally makes rules by hearing cases and issuing decisions, much like a court. But it can also issue regulations through a public rulemaking process. Last September, the board, having failed to overrule Browning-Ferris by adjudication, decided to try again through rulemaking. Emanuel, the board member found to have a conflict in the earlier vote, is participating in the process. (He did not respond to a request for comment.)

A less stringent conflict-of-interest standard applies to rulemaking, and critics say the NLRB’s resort to that process amounts to an end run around federal recusal rules. “By pursuing rulemaking rather than adjudication,” current board member Lauren McFerran, an Obama appointee, wrote in a dissent from the proposed rule, “the Board is perhaps able to avoid what might otherwise be difficult ethical issues.”

Ring has insisted that the board’s use of rulemaking “will never be for the purpose of evading ethical restrictions,” as he wrote in a letter last year to three Democratic senators who had expressed concerns about the NLRB using the process to overturn Browning-Ferris.

Edwin Egee, a spokesman for the NLRB, noted that the board is presently undertaking several rulemakings, not just the joint-employer rulemaking. “Rulemaking provides the Board the opportunity to consider input from all individuals interested in a particular issue, not only those who are party to a pending case,” Egee said in a statement.

Federal contracting rules stipulate that government contracts “require the highest degree of public trust and an impeccable standard of conduct. The general rule is to avoid strictly any conflict of interest or even the appearance of a conflict of interest in Government-contractor relationships.”

In their letter last week, Scott and Wilson say hiring Ardelle “runs afoul” of this requirement, given its membership in trade associations that have commented on the proposed rule its temps are reviewing. They note, too, that the board did not ask its ethics officials to review the decision to contract with Ardelle and criticize the NLRB for “refusing to produce” information the representatives previously requested.

Their letter raises additional concerns. Federal rules forbid contracting out “inherently governmental functions” and require that agency heads or their designees make “a written determination that none of the functions to be performed are inherently governmental.” The labor board appears not to have made that determination. It repeatedly told committee staff that it did not have any such document, Scott and Wilson say in their letter.

“The NLRB’s failure to analyze” the question, the letter states, “raises a question as to the role of the summaries the contractor will draft in the rulemaking process. The integrity of the regulatory process is vital to ensure that public comments are fully considered before the agency issues its final rule.”