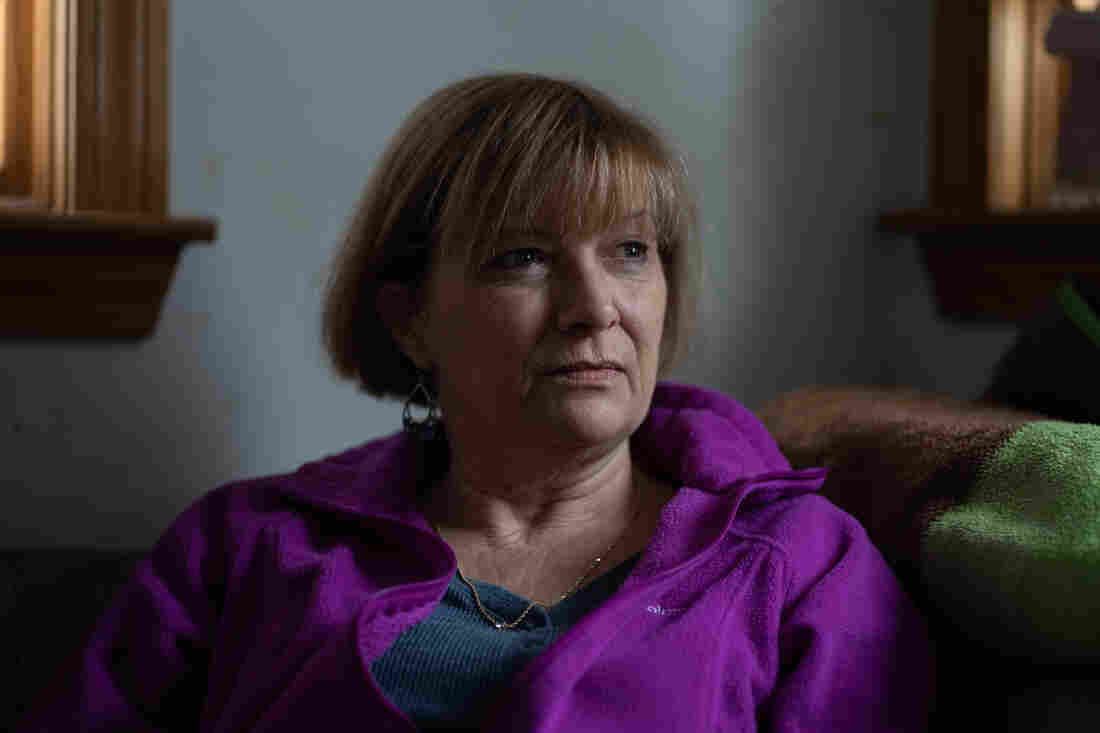 Sheila Morrison of Derry, N.H., says health care is her top issue as a voter. When asked what she hopes to accomplish with her vote, Morrison says: “Improve my life and the life of people like me.” Ryan Kellman/NPR hide caption

Sheila Morrison was in Canada when she fell into her third diabetic coma.

“My 90-year-old cousin thought we had a lunch date, and so she came with her daughter to pick me up,” she says. “And I wouldn’t answer the door.”

Her visitors were able to get inside and called an ambulance when they found her. Morrison remained in the coma for about a week.

“When I woke up, they told me that another hour, too, and I wouldn’t have survived,” she recalls.

Receiving care for this coma in Canada offered Morrison a chance to compare that country’s approach to her care in the United States. In Canada, everybody gets basic coverage under a government-provided system. People have the option of buying more coverage on the private market.

The comparison reflects one of the biggest divides among the Democratic presidential candidates: What should the health care system look like?

Should the party push to expand Medicare just enough to give access to those who want it — a strategy supported by more moderate candidates like Joe Biden, Pete Buttigieg and Amy Klobuchar?

Or should Democrats try to get rid of private health insurance and create a national health plan — akin to Canada’s — something like “Medicare for All”? That’s the approach favored by Bernie Sanders and Elizabeth Warren.

In conversations with voters in New Hampshire, where people will vote in the primary in February, Democrats expressed a wide range of views about this policy debate. 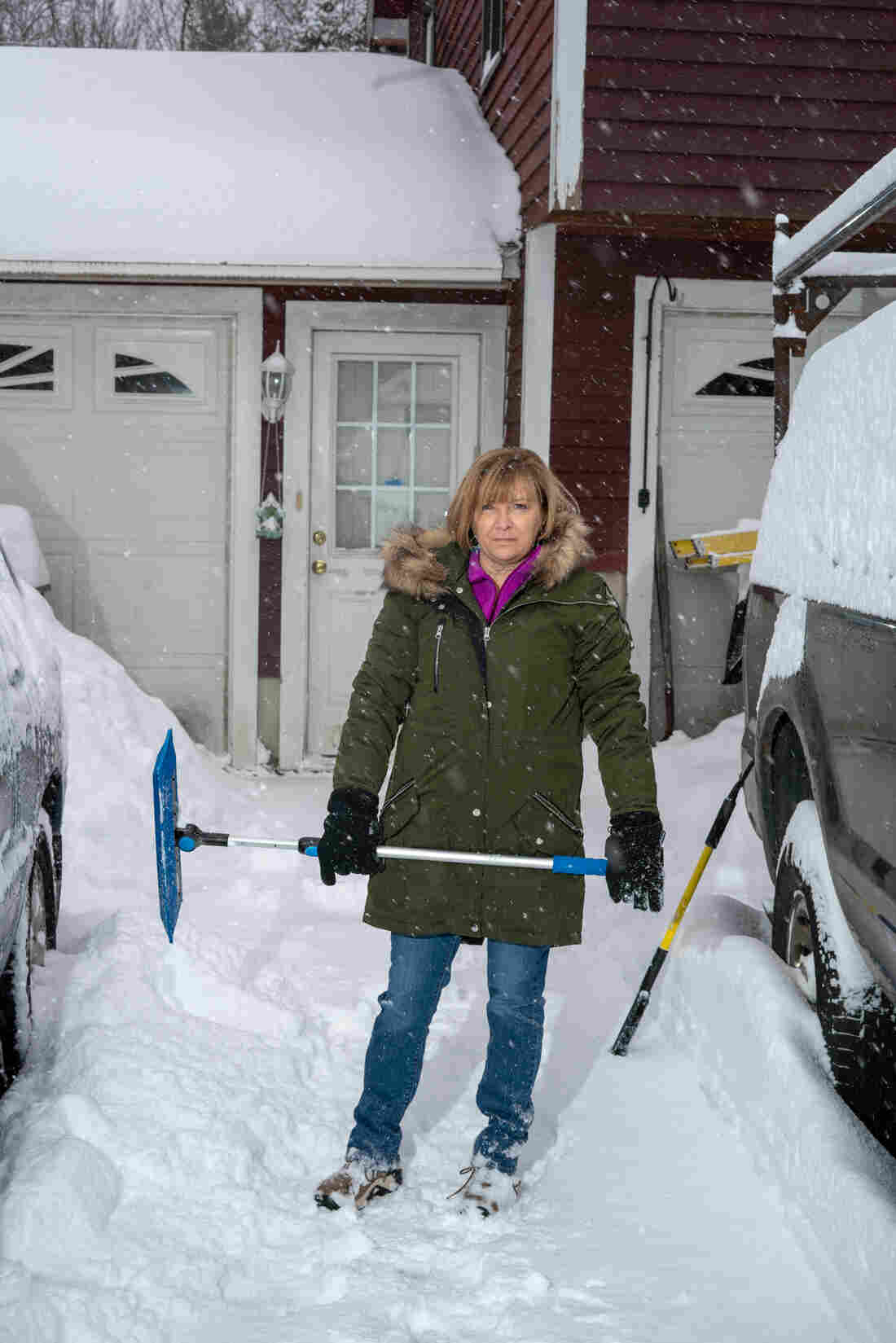 Shelia Morrison’s perspective on health care is partly informed by her experiences working for an insurance company where she handled negotiations between doctors and insurers. Ryan Kellman/NPR hide caption

Morrison says her experience in Canada ultimately made her appreciate her private insurance in the U.S. She remembers that it was harder for her to get tests and things like CT scans done in Canada.

“It goes to show the differences,” she says. “I mean, the United States has superior health care — if you have the right insurance and can get access to it.”

Morrison’s perspective is also informed by her experiences working for an insurance company — and before that, a hospital — where she handled negotiations between doctors and insurers.

“I spent a lot of my time asking these people like, ‘Yeah? You’re saying it’s not medically necessary. Where did you get your medical degree?’ ” she recalls.

After years of negotiating for others, Morrison now has to advocate for her own medical interests. She has been in stable recovery from alcohol addiction for eight years. She is getting good treatment for depression, and she is committed to monitoring her diabetes. 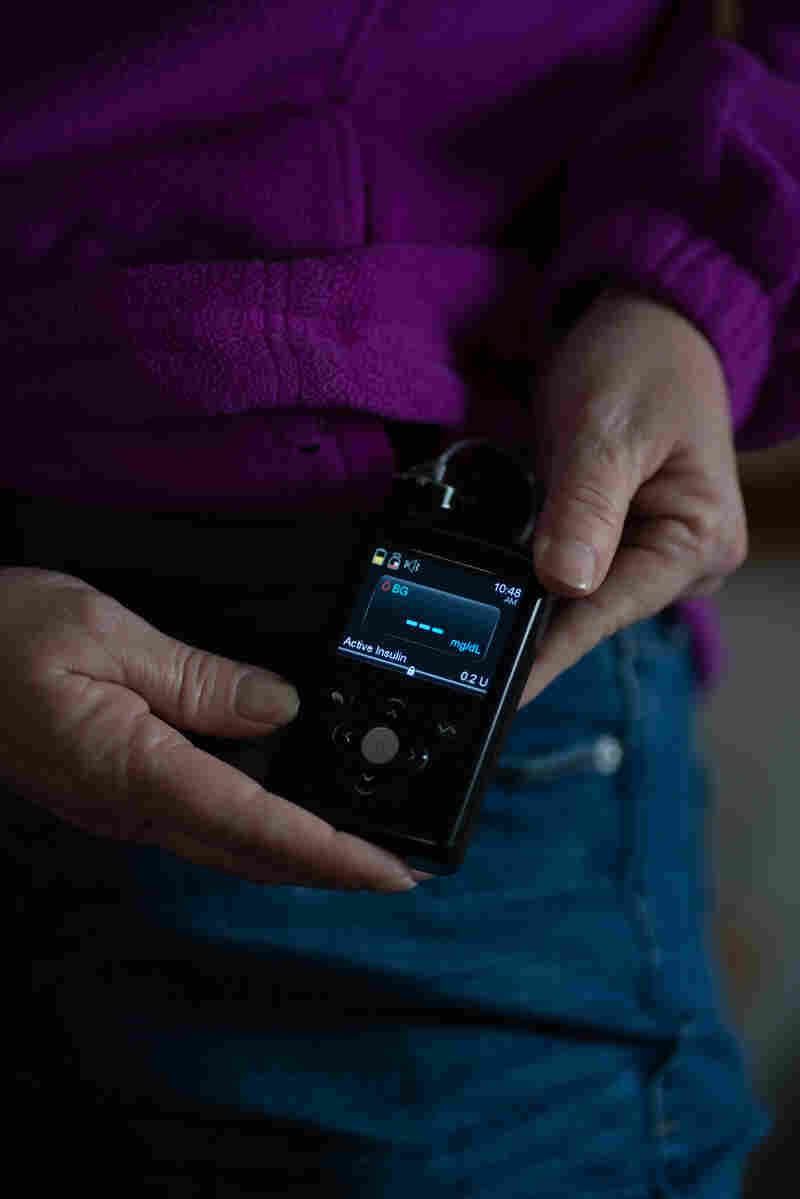 Morrison says her insulin pump’s sensor, which indicates when her blood sugar is low, isn’t covered by her insurance. Ryan Kellman/NPR hide caption

But every time she spends hours trying to negotiate her own medical bills, one thought keeps going through her head: “God help the people that don’t have the background that I have.”

Morrison emerged from her last diabetic coma with some brain damage. So she’s now on disability and gets coverage through Medicare. But the program doesn’t cover all of the tools that would help her stay healthy. She has an insulin pump but not the sensor, which would tell her when her blood sugar is low but is not covered by insurance. So she has to check manually. She is supposed to check her levels eight times a day.

Between the care and the fights with insurance, dealing with health care issues is a full-time job, she says.

“But I’ve learned acceptance,” she says. “There’s nothing I can do about it other than vote.”

Health care is Morrison’s top issue for 2020. And she says she won’t be voting for a candidate who wants to eliminate private insurance, which she says works well for some people. She’s skeptical of giving the government that much power.

“I’m a little fearful of a government-run system,” she says. “When you get the government involved, you get restrictions.” 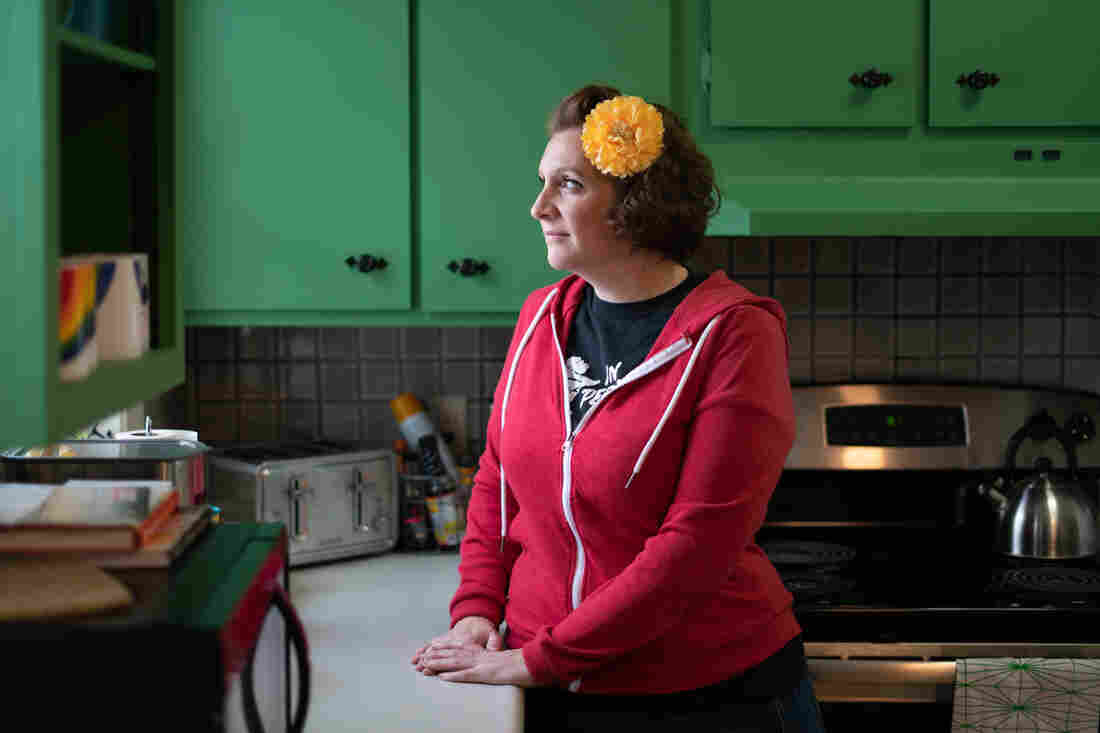 Marcella Termini at her home in Manchester, N.H. She is raising two boys on the autism spectrum and says having excellent health coverage is vital to her family. Ryan Kellman/NPR hide caption

Marcella Termini falls on the opposite side of the debate. Termini and her family live in Manchester. Their home is covered with a combination of Christmas decorations and Bernie Sanders signs. Health care is also a constant source of stress for her. She has three children, including 11-year-old twin sons with autism spectrum disorder.

She ticks off only a few of their many health care needs: “Neurology appointments, occupational therapy, speech therapy …” The list goes on.

The family has had to arrange its life around health care. Termini’s husband, Jason, commutes more than an hour each way to a teaching job in Massachusetts. Marcella Termini says Massachusetts mandates that insurance companies cover certain autism therapies that New Hampshire does not.

“He could have got a job in New Hampshire and made fairly decent money,” she says. “But we still wouldn’t have the insurance coverage.” 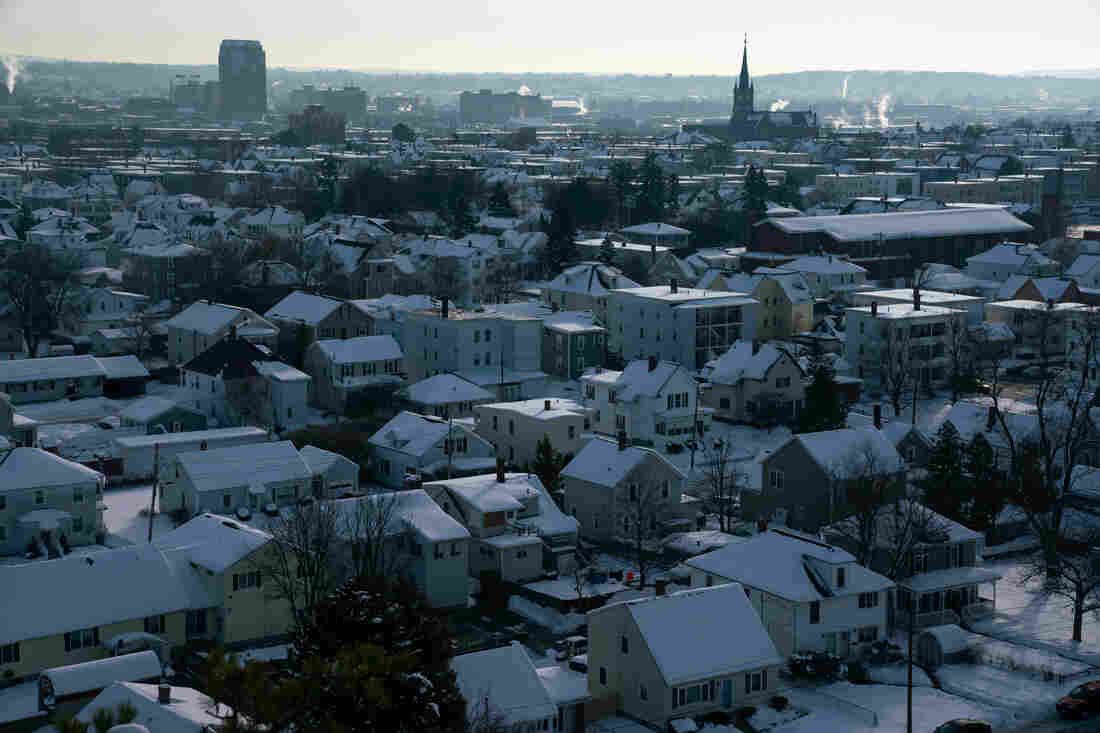 Termini’s husband, Jason, commutes more than an hour from Manchester (pictured) to a teaching job in Massachusetts because the health plan he gets there covers more of their sons’ needs. Ryan Kellman/NPR hide caption

As difficult as the commute is, life is easier now than before Jason took the Massachusetts job.

“It’s been a lifesaver because otherwise, we’d still be in crisis mode trying to figure out what the kids needed for their services, their everyday needs, even just doctor’s appointments,” she says. “It can be really expensive. We wouldn’t be able to cover a mortgage and all of the copays.”

That personal experience leads her to conclude that private insurance isn’t working. And she’s ready for the U.S. to get rid of it. 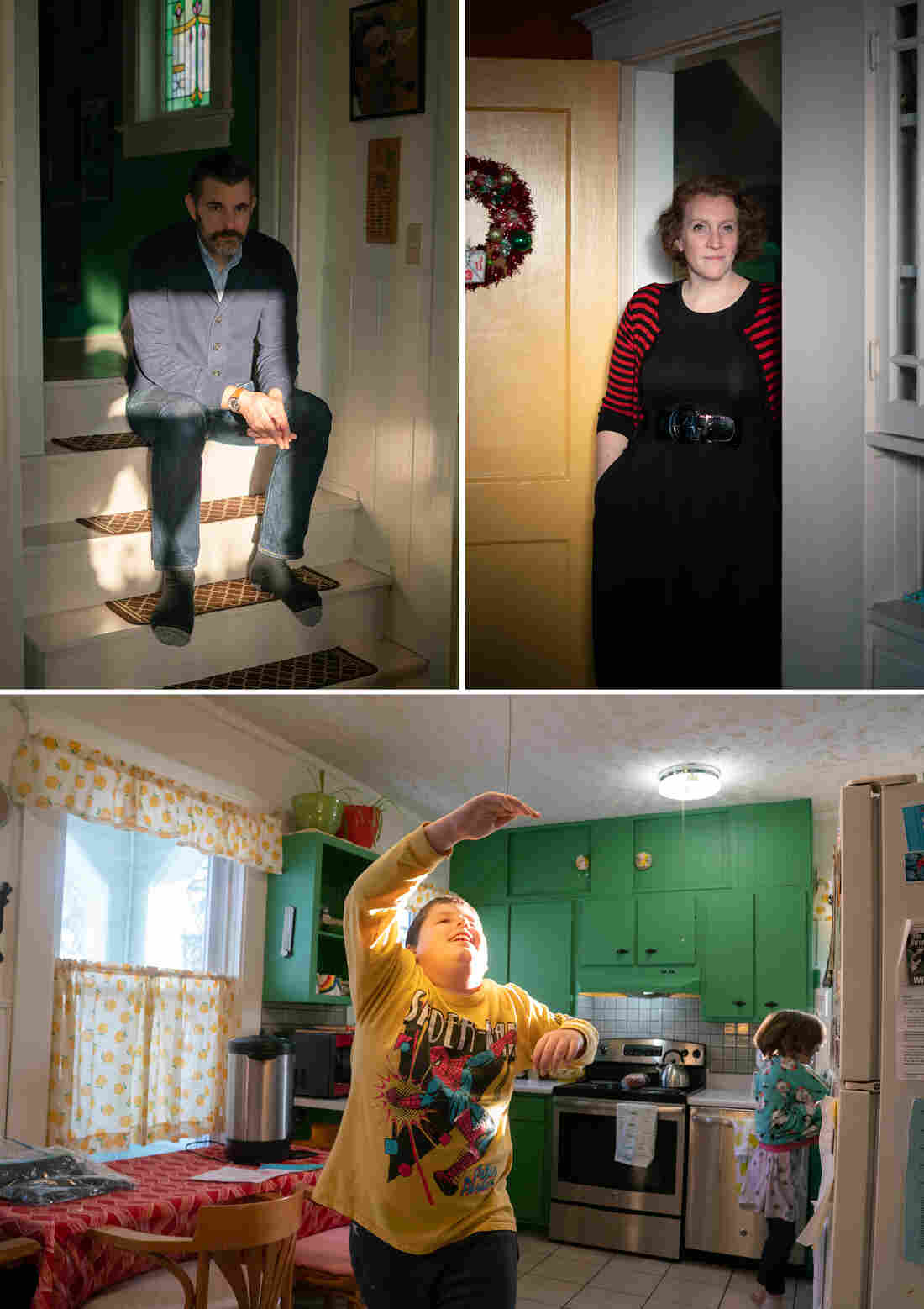 Like Sheila Morrison, Termini’s No. 1 policy issue for the 2020 election is health care. She knows there are people who support expanding Medicare to cover more people but who also want to keep their insurance.

“I just feel like that’s coming from a real place of privilege,” she says. “It’s great that you have great insurance and you can afford it and you like what they cover. But there are whole communities of people who just absolutely cannot afford even the basic health care because of what the insurance costs are.”

Rob Kiefner: “Medicare for All” can save lives 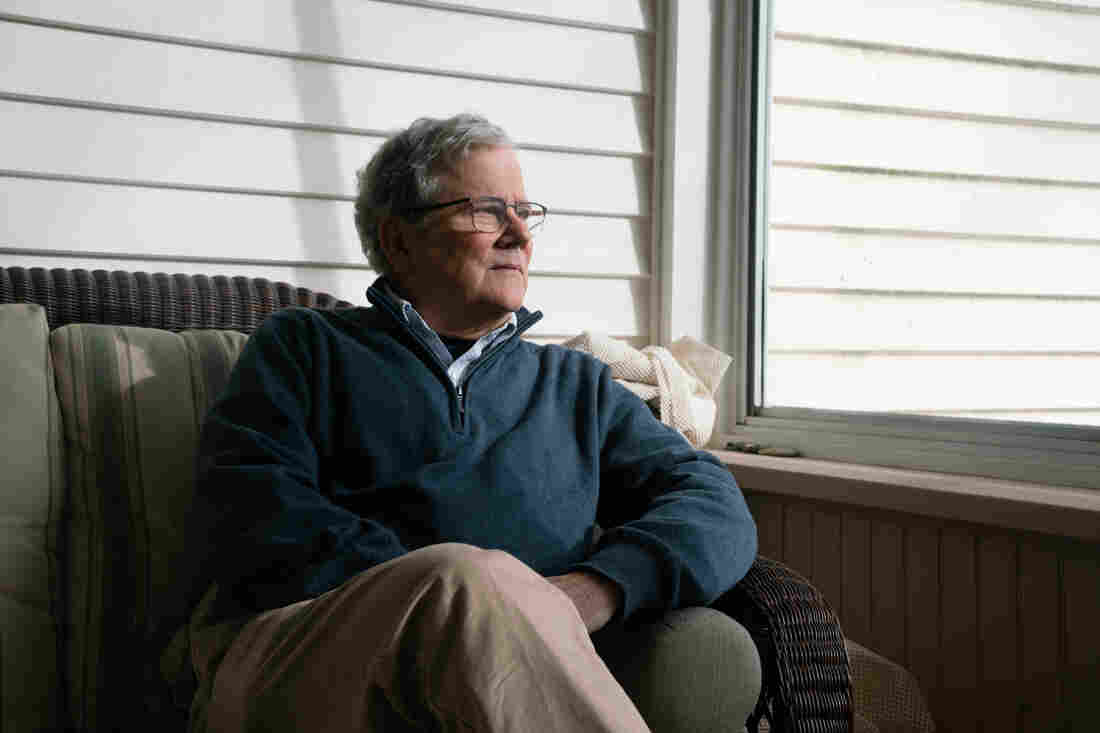 Rob Kiefner, a retired physician, has supported the idea of Medicare for All for decades, based on his experiences as a doctor.

He points to an uninsured patient who came to see him because he was urinating blood.

Eventually the issue cleared up, which means it was likely he did have a stone, but Kiefner says the thing that sticks with him is that the patient “was not willing or able to come up with those funds to pay for that test.”

Randy Hayes: We need “an incremental approach” to change 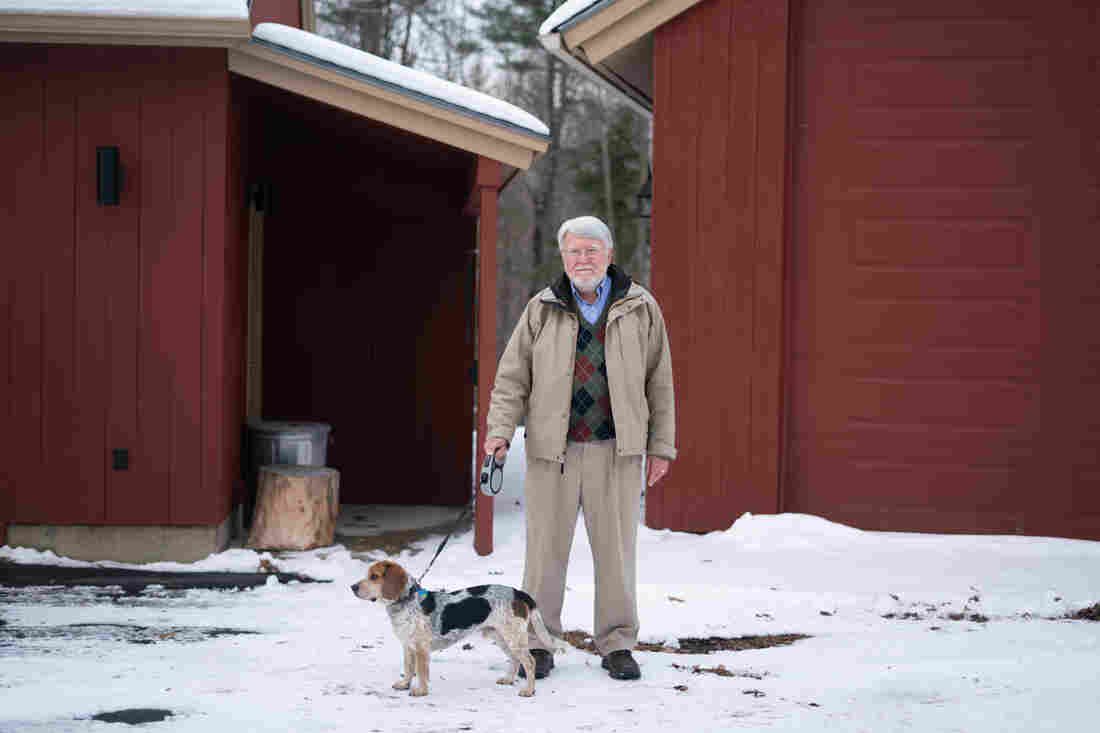 Randy Hayes is another retired physician. In fact, he and Kiefer have been friends for over 35 years, treating the same community in Concord, N.H. They even served as each other’s personal physician. Now they lead a health care working group for a progressive organization called the Kent Street Coalition.

But Hayes has a different view from his friend.

“I would support Medicare for some, Medicare for more, at the drop of a hat. But I am not convinced that the government running the entire billing process at this point is in the best interests of the country,” he says.

He says it doesn’t take tearing down the system to fix the problem that Kiefner highlighted with his example of the patient urinating blood.

A pivotal experience for Hayes was watching how effective incremental change can be with the reforms of the Affordable Care Act, which included defining mental health care as an essential benefit.

He describes treating a patient with complicated mental illness in an integrated model, where he and a psychiatrist worked together and shared notes.

“These are all refinements in care that never would have happened prior to President Obama’s program,” he says. “It didn’t take a total redo of the system, but a better alignment of incentives.”

He is also skeptical that the public would get behind a Medicare for All model.

“I am totally open to an increased role for government. I’m just pushing for an incremental approach as we move forward,” he says. “We keep one foot in our current experience, one foot in our future aspirations, and see if we can gradually come to a program that nearly half the country doesn’t consider to be evil.”

Roger Tilton: People should be able to buy in to Medicare

Nearly everyone in the country at some point comes into contact with the health care system, which is perhaps why it has become such a major issue in the Democratic primary. On a wintry day in Milford, N.H., Sen. Amy Klobuchar of Minnesota showed up at a coworking office and took a handful of questions from voters. Almost half were on health care, even though that isn’t the biggest part of her pitch.

One of the questioners, Roger Tilton, described leaving a Wall Street job to start his own business.

“The last three years, I’ve had no health care at all because it’s too expensive,” he said.

He says it seems like a public option — a system that lets people buy in to a government-run program, like Medicare — is the bare minimum for the Democratic Party right now, and he supports that idea.

” ‘Medicare for All’ is a great slogan,” Tilton says, but he is skeptical that the American public would get behind a policy change that would force millions of Americans off their private insurance.

What Americans do agree on

The disagreements in the Democratic primary make it easy to miss that people of both parties actually agree on something big here, according to Lucy Hodder, director of health law and policy at the University of New Hampshire Franklin Pierce School of Law.

“A majority of people in the United States really do want to make sure everybody has insurance coverage,” she says.

A Kaiser Family Foundation poll this year found that a majority of Americans think positively of universal health coverage, she points out. And support for all Americans getting insurance from a single government plan has grown from 40% two decades ago to more than 50% in favor today.

So if Americans generally want everybody to have health care, then the big questions are just about how to provide that care. That’s not easy to answer, says Hodder.

“So we’re going to need to decide together — what does health care mean?” she says. “What do we intend to cover for everybody? What are the choices? And how do we want to make the choices about cost and quality?”

This is a debate the entire country is having — it’s just most visible right now among the Democrats running for president. The votes that people in New Hampshire cast two months from now will be a way for some Americans to start making their preferences known. 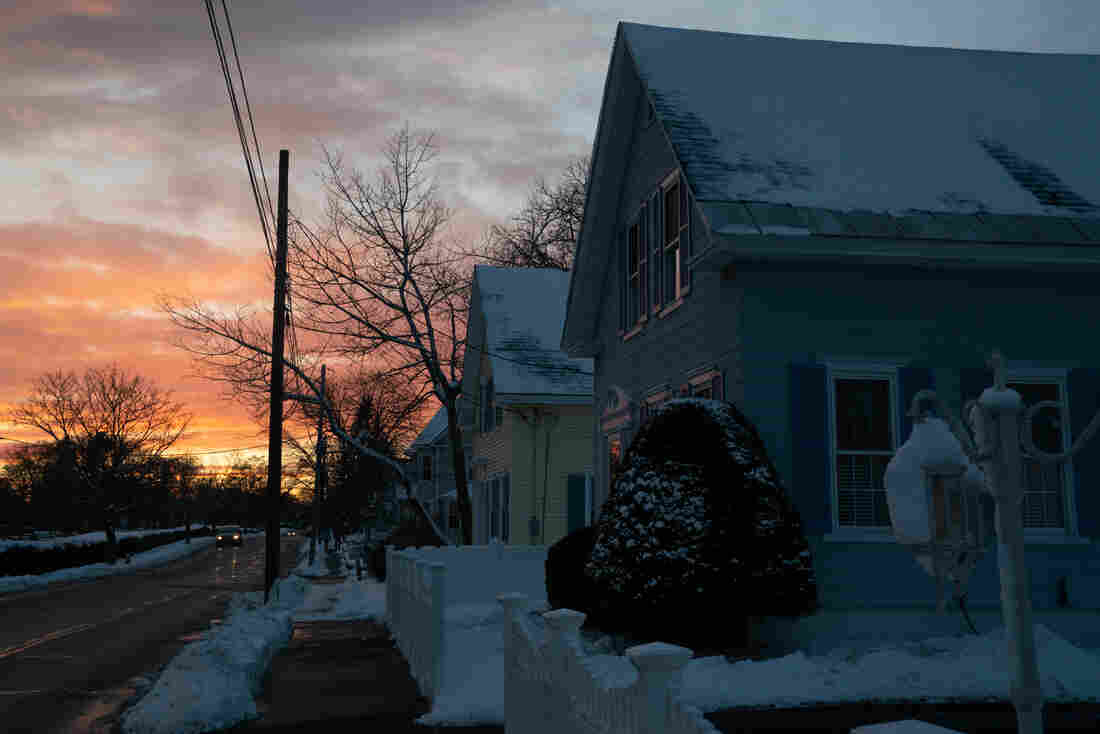