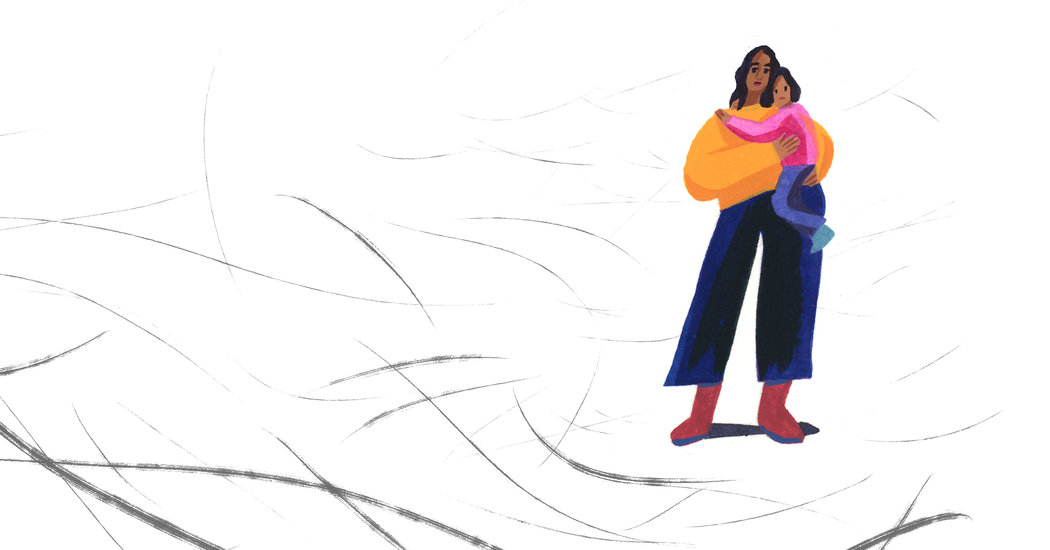 One evening in May I got a call from my 83-year-old father in Iran. He was suffering from delirium and being treated at an excellent hospital in Lavasan, an upscale suburb in northern Tehran.

“The Islamic Revolutionary Guard Corps has infiltrated the I.C.U. — they’re going to execute me!” he said. “Call your congressman! You are my last hope.”

I wanted to leave my home in Washington, take the first flight to Tehran and bring him back with me. But I am unable to travel to Iran. I worked for nine years as a television journalist at Voice of America’s Persian Service, most of it on camera. The Iranian government views journalists who work for the Persian Service as traitors. Going back — especially during a period of intensified hostility between the United States and Iran — carried the risk of being imprisoned. I felt small, frustrated and helpless.

After my father called that May evening, I attended my daughter’s final high school concert. She had won a prestigious college scholarship. I tried hard to focus on her as she played her violin, but my mind returned to my father far away in Tehran.

A few weeks earlier, he had been operated on for gallstones. Because he was a cancer survivor, the doctors moved him into an intensive care unit after the surgery. For some reason, he succumbed to delirium and was reliving a period of imprisonment after the Islamic Revolution in 1979.

I last saw him in 2007, when he was still able to visit us in the United States. He began to teach my daughter, 5 years old at the time, how to swim, ride a bike, and even read and write in Persian. He made several American friends, with whom I’m still friends. A charming man, he loved Nat King Cole and Frank Sinatra, ballroom dancing, backgammon, crossword puzzles and Johnnie Walker Scotch. But his heart belonged to poetry. He knew thousands of verses by heart and would recite appropriate ones for every occasion.

Before the revolution, my father was a diplomat. He earned a Ph.D. in the mid-1960s and was Iran’s last representative in Tel Aviv. We lived there for a few months, when I was 6 years old. I still remember how ours was the only house on our street with the lights on and bustling with activity while our neighbors observed the Sabbath.

After the revolution, he was jailed several times. Even after he was freed, the Iranian regime treated us like second-class citizens. He was not allowed to work, was denied a pension and health insurance. His passport was confiscated. The rest of our family was also denied health insurance and passports. I was forbidden to speak about his posting in Israel because my parents feared I might be expelled from school and lose my friends.

Twenty-five years after the revolution, in 2004, during the last term of President Mohammad Khatami, we were finally given passports. I applied for a job in the United States. I took numerous tests, sat through several interviews at the American Embassy in the United Arab Emirates and underwent a detailed background investigation. I was selected from among 1,267 applicants. I moved to Washington with my daughter in the summer of 2005.

Many of my co-workers at the Persian Service distrusted me as a new arrival from Iran. Supporters of the deposed monarchy thought I was an agent of the Islamic Republic, ex-Communists suspected I was a monarchist, and others disliked me simply because I got my job on merit and not through diaspora connections. I hid my initial struggles from my father, who had invested heavily in getting me the right education.

After my father’s phone call and my daughter’s concert that May evening, I called the hospital in Tehran and spoke to its director, Dr. Reza Fattahi. “We love your father. We are even more concerned about his well-being than you are,” he assured me. I couldn’t stop worrying.

I had tried to bring my father to the United States in the winter of 2017. Applicants who are 80 and older do not need to be interviewed in person. Yet he was instructed to go to Ankara, Turkey, for an interview in March 2018, where he was told he would get a tourist visa in a few weeks. Six months later, I got an email saying his visa application was denied because of the Trump travel ban.

On an early June morning, the day of my daughter’s high school graduation ceremony, my father was released from the hospital. Once he was home, we connected via FaceTime every day. He walked, talked and ate by himself. But I sensed something was off. My sister and her husband, who live in Tehran, got a doctor to check on him. Blood tests revealed he had an infection. His blood pressure was low and he was not alert. My sister and her husband moved him to another hospital.

On June 22, I was traveling with my daughter for her college orientation. We checked into a hotel and settled in to prepare for her big day. I kept telling myself to focus on my daughter and not be distracted by my worries about my father.

But I continued messaging my brother-in-law in Tehran for updates: Baba had developed a septic infection and was not doing well. I drifted off to sleep around 1 a.m. At 1:42 a.m. my phone rang.

My brother-in-law was crying, barely able to talk: “Baba’s gone.”

“What do you mean?” I stubbornly replied. “Tell them to revive him!”

“He’s gone, Mehrnaz! They revived him twice. He didn’t come back.”

During college orientation sessions, I could not sit still. I could not listen to parents asking why they could not have access to their 18-year-olds’ grades and not be alerted if their child drank excessively. I paced the hallways, thinking, “Septic shock? My baba? My strong dad?”

I was numb and angry with my father’s doctors at Mehraeen Hospital for missing the sepsis diagnosis and releasing him early.

I emailed a supervisor at work to get leave for a few weeks. We had lived in the same neighborhood in Tehran as children. He wrote back saying that my father had taught him to swim, and he would never forget that.

In the days that followed, I heard numerous stories of my father’s generosity. Yet the politics, the unending conflict between the United States and Iran, came between us. I couldn’t take the flight to see him one last time or bring him to Washington for medical treatment.

I dream of my father at night. I see him having trouble breathing. I see him in jail. I hear his voice asking me to call my congressman. I remain caught between the land of my birth and my adopted country, feeling helpless, a bit like a lost animal caught in the headlights on the highway.