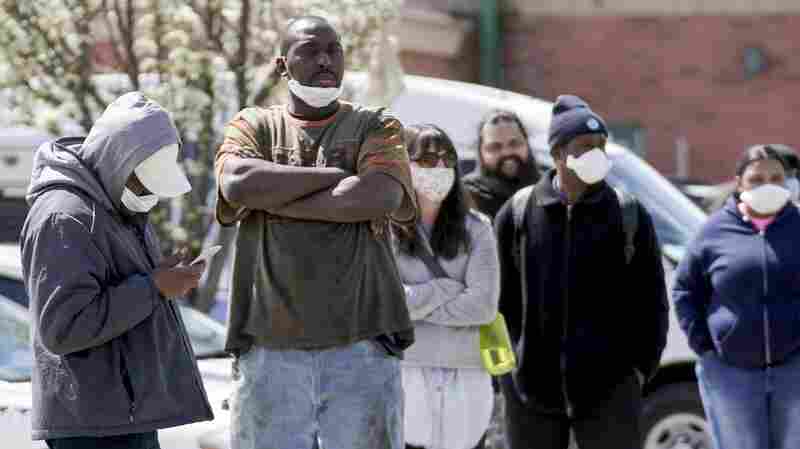 People line up for a COVID-19 test in a parking lot Monday in Milwaukee. This was one of two sites in the city to open Monday and offer free testing. Morry Gash/AP hide caption

Wisconsin’s Supreme Court has overturned the state’s “Safer at Home” orders and mandated that all future statewide restrictions to battle the coronavirus must be approved by the legislature’s rule-making committee before they could be implemented.

The court ruled to strike down the orders 4-3 on Wednesday, with conservative Justice Brian Hagedorn dissenting.

The legal challenge was brought against Andrea Palm, the Wisconsin Department of Health Services secretary, and other health officials by Republican state lawmakers, who have been pushing to relax restrictions and take a more regional approach for stay-at-home orders over the last weeks, as Wisconsin Public Radio reported.

According to the ruling, Palm broke state law when she issued an April 16 “Safer at Home” order that prohibited Wisconsin residents from leaving their homes unless it was essential.

That order was ruled to be “unlawful, invalid, and unenforceable.”

The restrictions were set to expire on May 26, and followed the state’s original stay-at-home orders implemented in March.

Governor Tony Evers and his administration will be severely limited in their power to issue further mandates, since any future orders will need to be approved by the conservative majority state legislature.

The Republican lawmakers who filed the legal challenge asked the court for a six-day stay, which would have allowed for negotiations on the stay-at-home orders, but the court struck that request down.

The Tavern League of Wisconsin, a bar and tavern trade association, told its members they could open immediately.

In a 4-3 ruling the State Supreme Court found the Emergency Orders issued by Secretary Palm as unlawful, invalid and unenforceable. The result of this decision is business can open immediately. Please follow the WEDC guidelines you can find on the TLW website.

Satya Rhodes-Conway, the mayor of Madison, Wis., tweeted that stay-at-home orders would continue to be enforced across Dane County, where Madison is located.